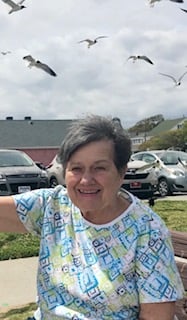 Barbara was born in Baltimore, MD to Leon Elworth (Al) Wiggett and Mary (Calvert) Wiggett. She graduated from Dundalk High School in 1957 and worked for many years at Welsh Construction Remodeling, before retiring in 2006.

Barbara is preceded in death by her parents, Al and Mary Wiggett, and her son, John Listman.

In keeping with Barbara’s wishes, she was cremated, with no services.

The family wishes to extend our sincere thanks to The Preston Robert Tisch Brain Tumor Center at Duke University, Lower Cape Fear Hospice, and the many friends who have helped along the way.

Arrangements are in the care of Coastal Cremations, Carolina Shores, NC.