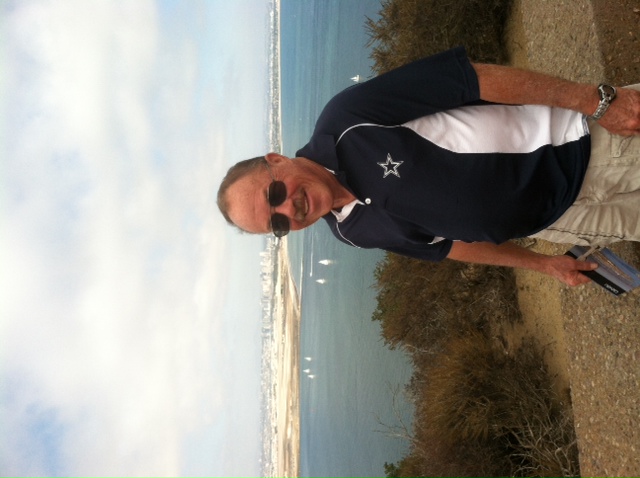 Barton R. Chamberlain of Oak Island, NC passed away peacefully on Thursday, March 15th, 2018 with his daughter, Christin, at his side. Bart was born in New Haven, CT to Harry T. Chamberlain, Jr and Lucille Dickerman. Bart attended college at Temple and University of New Hampshire. After graduation, he moved to Florida where he worked for the Walt Disney Company. He remained in Florida until 2013 when he moved to Oak Island after long-time friends showed him the beauty of the island. If asked, he would say it was one of the best decisions he’s ever made. His sister and brother-in-law had also recently become homeowners in Oak Island and looked forward to family time and escaping the New England snow. On the island, Bart made friends everywhere. He was always quick to help out a friend, neighbor, or even a stranger. He was the epitome of a “true gentleman”. In retirement on the island, he loved working in his garden, taking care of his cats, going to the beach, and riding around in his convertible. Bart took particular pride in his garden and was featured last year in the Beautification Club Garden Tour on Oak Island. He was also working on his Master Gardeners certification. Bart was looking forward to spring and getting his garden in shape. He also loved cheering for the Florida State Seminoles and UNC Tarheels, both schools his daughter attended. He loved spending time with his friends and celebrating life.
Bart was a proud and loving father to his daughter, Christin of San Diego. In addition he is survived by son-in-law, Maneesh Bawa, grandsons, Ketan and Kiran Bawa, his sister, Ann Montague, brother-in-law, Mac Montague, and his niece and nephew, Bonnie and Michael Montage. No formal memorial service is planned at this time. But, a celebration of his life will likely occur on April 20th on Oak Island, NC. The family would like to thank the wonderful staff at Lower Cape Fear Hospice. Donations in his name can be made to SOAR (Southport-Oak Island animal rescue), Lower Cape Fear Hospice or the Juvenile Diabetes Research Foundation. He will truly be missed.
Share on Twitter Share on Facebook Share on Email
SEND FLOWERS