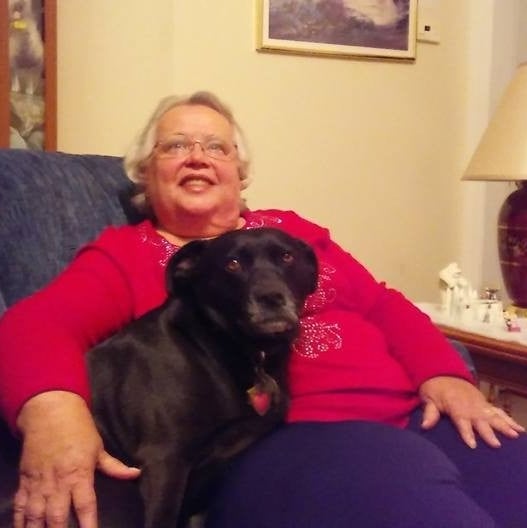 Beverly Ann MacEntee of Jacksonville, NC, entered into rest on July 18, 2021. She was 73. Daughter of the late Ethel (VanDuzer) Degraw and Quentin DeGraw, she was born on Dec. 3, 1947 in Newburgh, NY. She was married to David H. MacEntee for over 50 years.

Beverly’s early years were spent in Newburgh, NY, then Cornwall, NY where both of her children were born. They would later move back to Newburgh and then to Beacon, NY. In retirement, they settled in Jacksonville, NC.

Beverly played the guitar and was always a music lover, mostly Country, from Johnny Cash, John Fogerty, Adam Lambert, Josh Turner to Dwight Yoakam. She was a longtime fan club member of Dick Curless (from Maine), who was named singer of the year in the northeast three times. Beverly got to sing on the same stage with him. She sang professionally in local bands in the 70s & 80s under the name Beverly Starr. The Gibson guitar she bought as a teenager is 57 years old.

She worked at Weis Market and Stop & Shop, where she was known as the singing cashier, always with a big smile.

Beverly is survived by her daughter, Angela Marie Mastantuono of Middletown, NY and son, David E. MacEntee of Newburgh, NY; brothers-in-law, Ray MacEntee and wife Alicia of Ohio and Gary MacEntee and wife Mary of Wallkill, NY; many nieces and nephews – she was proud of them all; and a very special friend, Vicky Seneca DeFreese, who was always a big part of her life.

Beverly was a big animal lover and supporter. She loved her black lab Bo and cat Sassy.

In addition to her parents, she was predeceased by her only sibling, her beloved sister, Nancy Siltz and her husband, Leo and their son, Mark; and her in-laws, Mr. and Mrs. Elmer MacEntee.

Arrangements were handled by Coastal Cremations of Jacksonville, NC. Per her wishes, there will be no services.

Special thanks go to all that cared for Beverly over these last months, especially the doctors and nurses at New Hanover Hospital in Wilmington, NC. and the Lifecare Hospice Home in Wilmington, NC; also, to our wonderful Rock Creek neighbors in Jacksonville, NC. We truly appreciate all you did for us the last two years.

In lieu of flowers, memorial donations may be made to the SPCA of your choice.