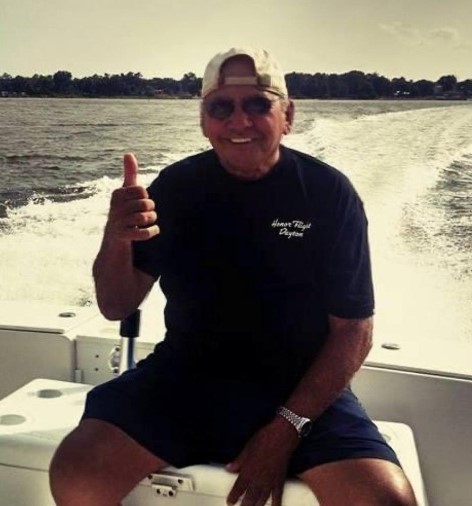 Carmen Santo Stagnitti, better known as “Stag,” 84, passed away on Sunday, October 30, 2022 at his home. Born on Monday, February 28, 1938 in Syracuse, NY, he was the loving son of the late Rosario Stagnitti and Angelina Farfaglia. After high school, he attended Wayne County Community College. He was a mason by trade and spent a large part of his career in the United States Air Force at Seymour Johnson AFB in Goldsboro, NC, from which he retired to the reserves.

Stag was a longtime fisherman who became a staple at the Seaview Fishing Pier in Sneads Ferry where he will be greatly missed by many fishing buddies. To quote Stag’s own words, “Thank you to all my family and friends for your support and friendship throughout the years, it’s only “Tootalo” for now.”

He is survived by his children, Angela Turbyfill and Debra Newsome (Stanley) both of TN and David Jones (Kristi) of PA; and by his brother, Ross Stagnitti.

In addition to his parents, he was preceded in death by his son in-law, Scott Turbyfill and 11 siblings.

To respect his wishes, no services will be held at this time.

To know Stag is to know he was a free spirited, happy person who was also witty and stubborn!