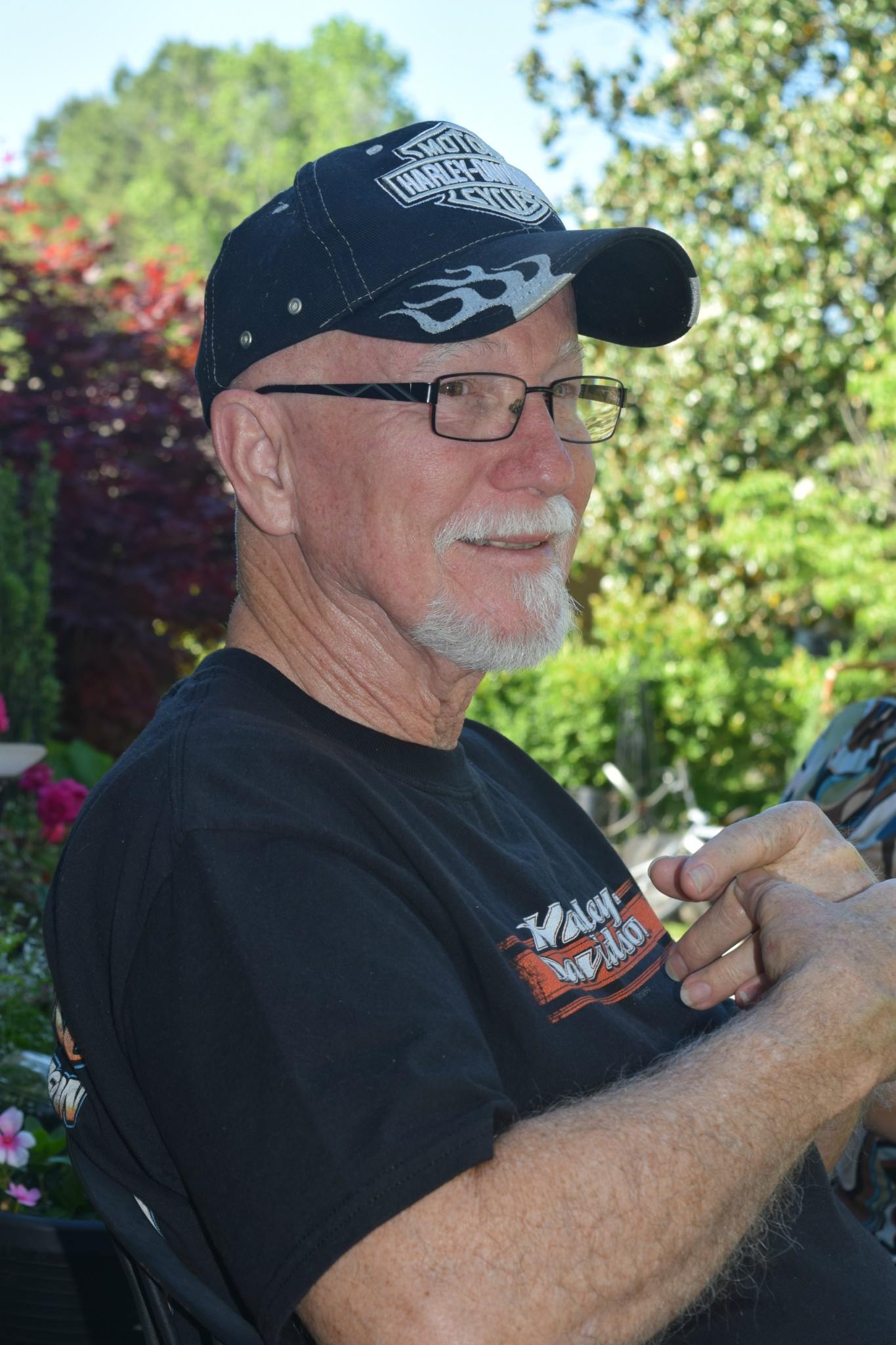 David Harrell Sanderson, 73, passed away at home on Saturday December 03, 2022. He had been paralyzed and in a locked-in state since suffering a SAH/Stroke with complications in December, 2020. Before that he was rather a force of nature to all who knew him — working full time, riding his motorcycle every chance he had and providing after school care for his grandchildren in addition to his dedication to hearth and home. It was often a struggle to keep up with him.

We want to offer special thanks to the the many benefits and services that have helped us keep and care for him at home over the past two years including the folks at NHRMC Home Health, VA Home Based Primary Care and finally Lower Cape Fear LifeCare Hospice among others. He loved to make people laugh and we truly cherish this “bonus” time we had to keep and care for him.

David was born August 15, 1949 to Louis and Maggie (Baysden) Sanderson in New Bern, NC. He graduated from New Bern High School in 1968 then spent 4 years in the US Navy including a tour in Vietnam during the war. He loved baseball, hot dogs, apple pie, chevrolet, vanilla milkshakes, Harley-Davidson Motorcycles, classic cars and trucks, life, family and his many friends (not necessarily in that order). He retired from Corning, Inc. Wilmington, NC in 2021 after a 36 year career there.

David’s parents and brother, Thomas Sanderson of New Bern, NC preceded him in death. Surviving are his wife of 40 years, Ginny Sanderson, Daughter, Tracy (Jeff) Sholders and Son, Benjamin (Lindsay) Sanderson all of Rocky Point, NC; Sisters, Lila Lamm of Chocowinity, NC, Judy Hadley of New Bern NC, and Cathrine Bell of Hampstead, NC. Also, grandchildren whom he adored and cherished, Benjamin and Skylar Sanderson, Joseph Sholders, Aryana Painter and Chase Sanderson . Cherished cousins, nieces and nephews are too many to be mentioned here, but you know who you are and that he loved you.

A gathering for family and friends to celebrate David’s life will be announced at a later date.

In lieu of flowers, please consider donating to a charity of your choice.