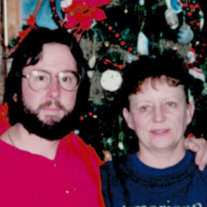 Diane Ford Chandler, 74, of Shallotte passed away Monday, July 3, 2017 at the SECU Hospice House of Bolivia.
Duane was born November 5, 1942 to the late Dr. B. Fred Ford, and Marjorie Wells Ford of Maxton, NC. Diane is also survived by her husband of 28 years Steve Chandler of the home, and a brother B. Fred Ford III of San Diego, CA.
Diane attended public schools in Maxton, NC, until October 1957. Upon moving to Ocean Drive Beach, SC, she attended Wampee-Little River High Schoolas a Freshman and Sophomore from October 1957 until June 1959. She attended Myrtle Beach High School as a Junior and Senior graduating in the Class of 1961. As one of the first students, Diane attended Coastal Carolina Junior College from 1961 to 1963. From 1963 to 1965, she graduated from the University of South Carolina with honors. After obtaining a teaching credential from UNC-Pembroke, she enjoyed a career of over 30 years teaching elementary school at Union Elementary School in Shallotte, NC, retiring in 2003.
After retirement, she spent her time painting, gardening, and nuturing animals. As a teenager in the 1950’s, she rode a champion show horse from Bennettsville, SC, named Hubba-Hubba, for several years at horse shows in North and South Carolina and covered her bedroom wall with 50 plus award winning ribbons.
The family will hold a private service at a later date. In lieu of flowers, please make donations to the SECU Hospice House of Brunswick, 955 Mercy Lane SE, Bolivia, NC 28422 Donations may be made on-line as well. Rest in Peace Diane.
Arrangements are in the care of Coastal Cremations, Carolina Shores, NC.