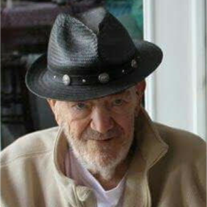 Captain Donald Ward Thomas Sr. united with the love of his life of 57 years, Joanne St. Louis Thomas, and his beloved fellow USMC comrades on May 3, 2017.

Don Sr. was more than proud to have served in the Marine Corps for 30 years. Enlisting (underage) he served in WWII in Okinawa. His service continued in Korea, and in Vietnam where he was commissioned. Don Sr. recruited new Marines in Beaver Falls, PA where he enlisted Joe Namath’s brother. At Camp Lejeune, he was on the I & I staff, and at the FSR.

Don Sr. continued to “serve” Marines at the Driftwood Lounge and Restaurant he once owned. His post retirement careers included contractual positions in DC, having a fishing stand (where he gave more fish away than he sold), and helping friends as well as strangers whenever he felt it was needed. We’ll never know just how many people were the recipients of his generosity and kindness.

After Joanne passed in 2011, Don Sr. spent his remaining days in the loving and devoted care of his son, Don Jr., who was most affectionately known since his birth as “The Boy.” Don Jr. designed and built his father a home on his property in order for Don Sr. to be well taken care of, and to be close to his son, daughter-in-law, and grandson. Don Sr. told everyone that he never wanted for anything because of the care given by the boy. His son meant the world to him.

Don Sr. loved his wife, the boy, his cat, his dog, his boat, his boat docks, fishing, Joanne’s cooking, gardening, especially growing his tomatoes, shopping at the PX and commissary, watching golf and the Marine Corps. We honor Don Sr. as a member of the greatest generation for his service to our country.

He is survived by his son, Donald W. Thomas Jr., his daughter-in-law Christa Padgett Thomas; his grandson, Jamie Goodson, all of Holly Ridge, NC. His siblings, Robert, Linda and Pete, as well as nieces, nephews, friends and extended family to include his wife Joanne’s family, the St. Louis’. He was preceded in death by his wife, parents, and sisters Nancy and Betty.

The service to celebrate the life of Captain Donald W. Thomas Sr. will be held at on Saturday, May 20, 2017 at 6 p.m. at his home, 162 Jory Britten Lane Holly Ridge, NC. Friends and family are invited to attend.

The family requests, in lieu of flowers, that contributions be made in memory of Don Sr. be sent to Hospice, P.O. Box 245, Swansboro, NC 28584.

The family wishes to extend their sincere gratitude to the Hospice Staff for all of their support and guidance.

Arrangements are in the care of Coastal Cremations. Please click on "Share a Memory" to share memories and condolences with Captain Donald W. Thomas Sr’s family.