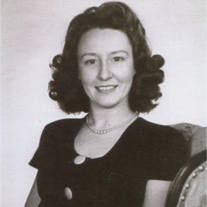 Dorothy Lilley Kasack of Wilmington, North Carolina passed away peacefully the evening of June 2nd, 2016 at the age of 96 at Lower Cape Fear Hospice.
She is survived by her four children, Paula Milner, Gail Steffensen, Evan Kasack, and Bruce Kasack. She is also survived by eight grandchildren and six great grandchildren.
Dorothy was born July 15th of 1919 in Montreal, Canada and was eventually brought to Ohio while very young when her family relocated. She grew up and spent most of her youth and young adulthood in Ohio with her parents, Benjamin and Annie Lilley, and her two sisters Edna and Annie. Upon marrying William Kasack she moved to Connecticut where she had her four children and was also an active member in the Episcopal Church and in Eastern Star. In later years, she also helped raise two of her grandchildren, Alexis and Hillary Milner and later relocated to Wilmington, North Carolina with the Milner family where she resided the remainder of her years.
Her favorite hobbies were gardening, sewing, baking, and reading. She was also very caring with charity and gave charity to Paralyzed Veterans of America for almost twenty years.
Cremation arrangements will be taken care of by Coastal Cremations and her urn will be placed in Freemont, Ohio next to both of her parents at a date to be determined.
Please share memories and condolences with the family by clicking on "Share a Memory."