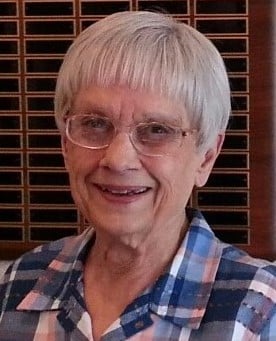 It is with great sadness that we share that Dorothy May Bunn Dibble of Calabash, NC passed away peacefully on February 18, 2022.

Dorothy will forever be missed by her daughter, Judi Stankowich of Calabash, her son-in-law, Alex, and her cherished great-grandson Damien Stankowich, Plains, PA.

She was preceded in death by her parents, Walter and Eula Bunn; her husband, Don A. Dibble, son, Don Alan Dibble, and grandson, Sosh Stankowich.

Dorothy was born in Wilmington, NC on August 18, 1922. She graduated from New Hanover High School, Class of 1939 and was a member of the “39ers” alumnae group. She was an accomplished dancer, including giving lessons to young girls.

Dorothy met Don at a dance while he was station at Camp Davis in the fall of 1941. It was love at first sight and they were married December 26, 1941. She stayed in Wilmington, while Don served overseas until March 1945. They were married until his death in 1974 and lived in several states and traveled all over the world.

Dorothy worked for ten years in Morristown, NJ, retiring in 1986. In 1990, she returned to Wilmington, NC, where she resided until 2018 when she moved to Calabash.

She was an active member of Temple Baptist Church, where she was baptized in 1940 and served the Super Seniors and Bereavement Committees. In 2001, she started ‘Faithfully Fit”, an exercise class for seniors at the Christian Activity Center, which she led for seventeen years. She believed that exercise was important, especially seniors. Dorothy was a friend to everyone, kind and giving, and will be missed by all who knew her.

The family of Dorothy Dibble wishes to extend our sincere thanks for everyone’s support in these difficult times, especially the staff at New Haven of Little River.

In lieu of flowers, Dorothy requested that donations be made to Temple Baptist Church Seniors Fund or Bereavement Fund, 1801 Market St, Wilmington, NC 28403.