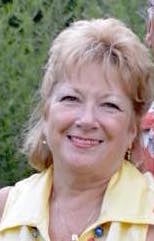 Dr. Presti was the only daughter born to William and Lila Grasberger in Huntington, NY and grew up with her older brother John and younger brother Mickey primarily in small towns on Long Island, NY. Coral, being the only girl, was undoubtedly Daddy’s Little Girl, and cherished by her brothers as their Coral.

Coral graduated in 1968 from Alfred G. Berner Junior-Senior High School in Massapequa, NY. After high school graduation, she pursued her calling to become a Nurse. She received her degree in nursing from the Greenwich Hospital School of Nursing in 1971, and began her career as a Labor and Delivery nurse.

After two decades, mostly working nights, she earned her Bachelor’s degree in Nursing from Regents College and became a nurse manager. However, she did not stop there. She went on to earn a Master’s Degree in Nursing from Western Connecticut State University and her Doctorate in the Philosophy of Education from Capella University. She ended her career as the Director of the College of Nursing and Allied Health at Norwalk Community College. Post retirement, she spent time lecturing and assisting aspiring nurses as they began their careers. She was nothing short of an inspiration.

She spent most of her adult life living in Bethel, CT, her adopted hometown. She was an active and admired member of St. Mary’s Church. She volunteered her time and energy for many years as a Eucharistic Minister and Pre-Cana group leader. Her voice and laugh could be heard throughout the church long after services ended, while she visited with her many friends.

She adored the beach and retired to the town of Shallotte, NC where she spent her days walking, reading and relaxing by the ocean. She believed life was always better at the beach, and perhaps with a glass of wine. Her time in Shallotte was too short, but in only a few years, she built a network of friends who care for her deeply and will miss her.

Her example and memory will continue to serve as a guiding light for her husband, four sons, three daughters-in-law and ten Grandchildren.

In lieu of flowers, please make donations in her name to the ALS Association (www.alsa.org/donate/) or the Lower Cape Fear Hospice Center (www.hospiceandlifecarecenter.org/).