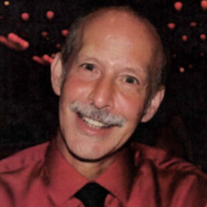 Edward Lewis Scher, age 63, passed away peacefully at home on Saturday, October 21, 2017. After a courageous battle with cancer, he now rests in the arms of our Lord.

Born on April 1, 1954 in New York, son of the late Leonard Charles Scher and the late Helen Hummel.
He is survived by his wife of 36 years, Diane Scher, and their four children, Lisa (Brandon Blackberg) Scher, Amy (Michael) Smith, David (Brooke Myers) Scher, and Steven (Abby Smith) Scher, his 3 beloved grandchildren Ascher, Meya, and Blaze, as well as his siblings Alan, Cindy, and Debbie. Ed was predeceased by siblings Wayne and Wendy.

An avid bowler, Ed is best remembered for his smile, his humor, and his willingness to lend a hand. He made a friend wherever he went.

A celebration of his life will be held on Saturday, November 11, 2017, at 4:00pm at The Conference Center at Barefoot Resort, 2250 Premier Resort Blvd, North Myrtle Beach. The family will receive friends from 2:00pm – 4:00pm prior to the service.

In lieu of flowers a memorial in Ed’s name may be made to the American Cancer Society at www.cancer.org.