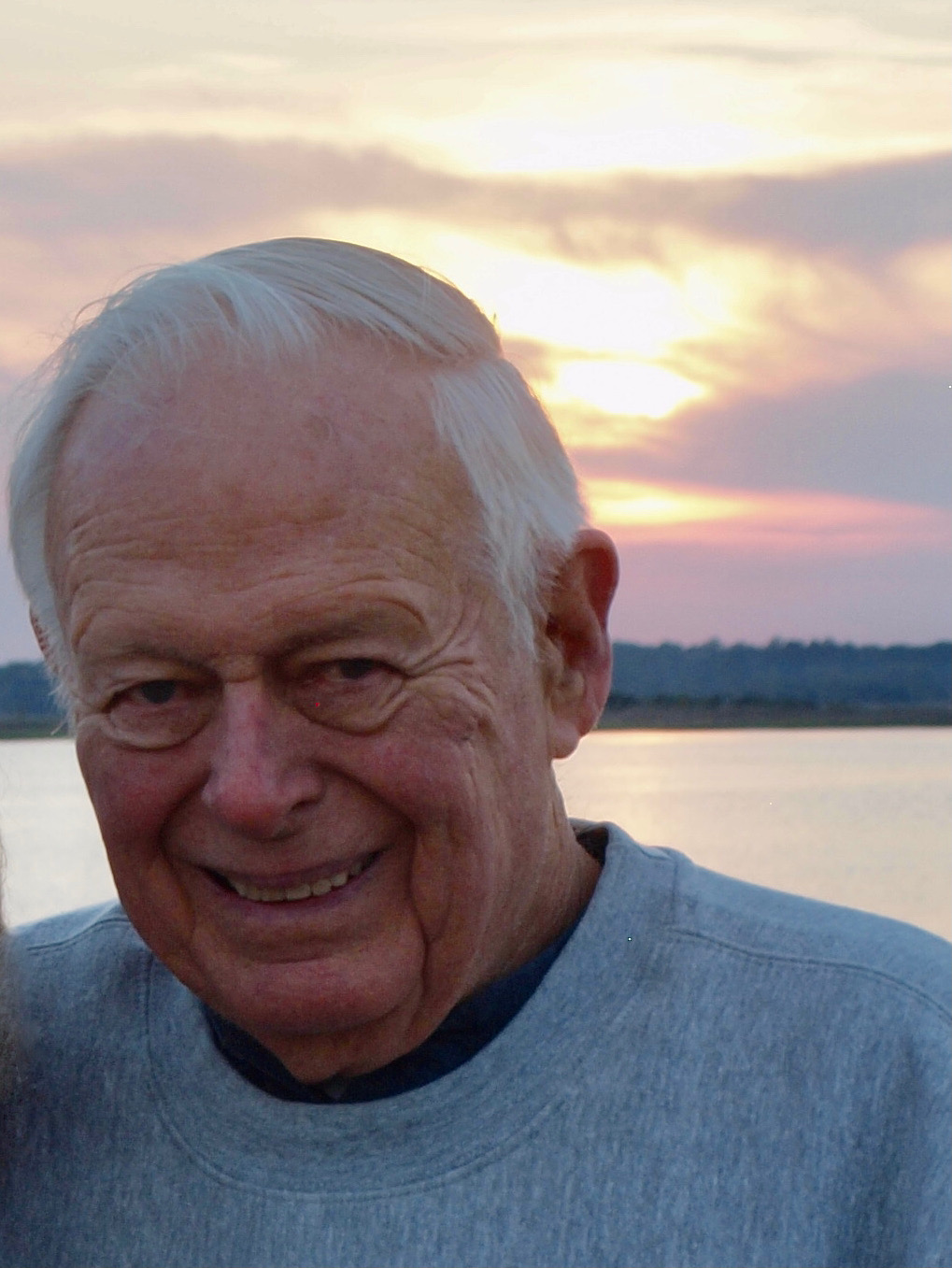 A Life Well-Lived
Most recently of Plantation Village in Wilmington, Marshall was born to Ernest and Anne
Edwards in West Orange, NJ. He has fond memories of walking by Thomas Edison’s laboratory
on the way to school, skipping school to hear big bands play in Newark (his grandmother
covered for him by telling the truancy officer he was upstairs sick in bed), and drinking with the
boys at PJ Brennan’s.
He was a WWII veteran, stationed at Andrews Air Force Base as part of the Army Air Corps,
then attended and graduated from Pace University as an accountant. He joined IBM, where he
spent his entire corporate career, first working in payroll, then as a Compensation and Benefits
Manager in Latin America and the Far East.
He met the love of his life in Belmar, NJ, “down the shore” in Jersey speak. While their dates
were outside struggling with a broken-down car, Grace and her friend found a bar to wait in.
There in the bar was Grace’s former Gym Teacher, along with Marshall, and the rest is history.
Grace and Marshall started their married life and family in West Orange, NJ, where they
welcomed their first three children. Marshall taught Sunday school and served on the Vestry.
He hung out with the Green Mountain Club boys, meeting at their local clubhouse and getting
away to their bungalow on the Delaware River. He loved spending time with extended family on
holidays, leading sing-alongs with his ukulele, and taking family vacations at the Jersey shore.
After moving to West Caldwell, NJ, Grace and Marshall had their fourth child, and the whole
family enjoyed summers with wonderful friends at Elm Tree Pool and Tennis Club. They loved
entertaining family and friends, and many a night was spent gathered around the piano, singing
Christmas carols, show tunes and more. Marshall commuted to NYC on the #33 bus until his
transfer to the new IBM Americas/Far East HQ called for commuting by car into Tarrytown, NY.
To be closer to his reports in Latin America, Marshall moved his family to Mexico City in the
mid-seventies, and family vacations moved from the Jersey Shore to places like Acapulco,
Taxco, Oaxaca, San Jose de Allende, and Cozumel. Visitors were treated to visits to
Teotihuacan, to see the Pyramids of the Sun and Moon, to performances of the Ballet Folklorico,

and to the family’s favorite restaurant – Las Mananitas in Cuernavaca. For business Marshall
traveled throughout Latin America and the Far East.
In 1979 the family moved back to The States – to Somers, NY. Family gatherings were in the
conversation pit in front of Marshall’s blazing fire, and a new generation of grandchildren began
to visit. Tennis was now at Sawmill River Club, with annual family outings to the US Open in
Forest Hills. When they won a trip to Wimbledon, Marshall and Grace were off to England (and
France).
In the early 90s, Marshall and Grace became empty nesters. After 42 years with IBM it was time
for Marshall to retire, and for the couple to move to Wilmington, NC. They designed their dream
home on the Cape Fear River, with plenty of room for visitors. Now Nana and Pop Pop’s house
became the vacation and holiday destination, and Wilmington became a second home to their
children and grandchildren. The kids enjoyed days at the beach, ice cream at Squigley’s,
fishing from the dock, clamming at Masonboro Island, cruising the Intracoastal Waterway, and
watching the sunset over the Cape Fear River. Grace and Marshall became active members of
St. John’s Episcopal Church, and outdoor tennis was practically year round.
Marshall’s final address in Wilmington was in Plantation Village. He joined the PV singers,
worked out regularly at the clubhouse, and teamed up with Grace to compete in corn hole.
They met and dined with new friends, and continued to visit with children and grandchildren.

A Special Thanks
Marshall’s family would like to thank the amazing friends and caregivers who have helped him
over the last years. He always appreciated the skill and attention you selflessly offered, the
cookies and ice cream you slipped him when Grace wasn’t looking, and your propensity to
laugh at his constant jokes. Knowing that he was so well-loved and cared for makes us forever
grateful.