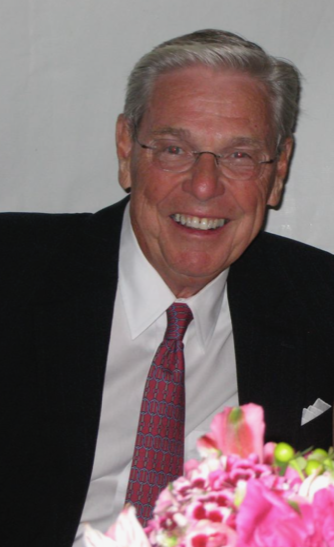 Francis X. “Frank” Corcoran, Sr., 88, passed away on Saturday, October 15, 2022, in Wilmington, North Carolina. He had been treated under Hospice care during the last several days and was suffering from end-stage dementia.

He is survived by his wife, Nan, his five children, and sixteen grandchildren. Frank and Nan lived in Pinehurst, North Carolina, for the last 28 years.

Born in 1934, in Philadelphia, Pennsylvania, Frank was the youngest of four children of John A. Corcoran and Rose McMonagle. Growing up in a working-class Irish family, Frank graduated from West Catholic High School but did not have any immediate plans to attend college. Even though he had been cut from his high school basketball team, Frank suddenly grew in height after graduation and gradually emerged as a top college basketball prospect in Philly’s recreational leagues, where he played while keeping parttime jobs. Although he was passed over by most of the local Philadelphia colleges, he was recruited and offered a basketball scholarship at Buffalo’s Canisius College. A solid “sixth man” on the Canisius team, Frank found fame when he scored the winning basket in the 1956 NCAA Men’s Tournament in Madison Square Garden against #2 ranked North Carolina State in the round of sixteen. Besides being the tournament’s biggest David vs. Goliath upset, the game went to four overtime periods, setting a record as the longest NCAA Men’s Basketball Tournament game and making Frank the unexpected hero. Frank’s famous jump shot would later be recognized when USA Today published the most famous Men’s NCAA Basketball games by each decade. After college, Frank went back to Philadelphia, where he joined Sealtest Dairy as a salesman. In 1958, while attending a friend’s wedding, Frank met Nan O’Connor, a stewardess for American Airlines, whom he would marry in 1959 and who became his life partner. Frank and Nan would raise five children together and Nan would be a constant source of strength and support during their 63 years of marriage. While at Sealtest, Frank, who was a natural salesman, was encouraged by his former Canisius teammate and good friend, Jim McCarthy, to switch careers and go to Wall Street. Frank joined R.W. Pressprich & Co. in 1962 but his path to success wasn’t easy. He got the job only after being interviewed by Wall Street legend Ken Langone, who later became the co-founder of Home Depot. Although he had no Wall Street experience, Frank told Langone that if he didn’t hire him, “someone else would”; the aggressive ploy worked, and Frank was hired on the spot.

Frank and Nan next settled in Upper Montclair, New Jersey, where they raised their 5 children and became fixtures at local hockey games and gymnastic meets. Frank’s career on Wall Street was temporarily halted by the 1973-74 recession, but he bounced back, landing a job with Merrill Lynch. Frank found success in institutional equity sales (options desk), where he was well-liked among colleagues and where clients appreciated his informed banter and self-effacing personality. He retired from Merrill Lynch after 20 years. While in Upper Montclair, Frank and Nan were active at St. Cassian Roman Catholic Church, and the Montclair Golf Club, where Frank became an accomplished golfer and where Nan and their children learned the game. In 1994, Frank and Nan moved to Pinehurst, North Carolina, where they would spend the next 28 years. In addition to playing golf, they were active parishioners at Sacred Heart Church, where Frank and Nan participated in the weekly Eucharistic Adoration for 20 years. Frank and Nan also enjoyed their large extended family, especially attending family reunions in Buffalo with Nan’s sisters and their families. Frank was active as an alumnus of Canisius, participating in reunions of their record-breaking 1956 basketball team and helping raise funds for the college.

Respecting his wishes, the family will be celebrating Frank’s life privately.

In lieu of flowers, the family would be grateful for any gifts that can be made in Frank’s name and sent
to Canisius College, c/o Development Office, 2001 Main Street, Buffalo, NY, 14208. Gifts will be used to
support basketball scholarships