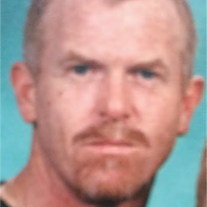 Frederick Eugene Currie, 52 of Sneads Ferry, went home to be with his Lord on Sunday, February 5th at his home. Fred was born, April 28th, 1964 in Charleston, S.C. A lifetime resident of North Carolina, he graduated from Eastern Guilford High School in 1982. He was a Project Manager for Civil Works Contracting in Wilmington and worked in steel and construction all his life. Fred was a member of The Gathering at Surf City Baptist Church in Surf City. He served as a deacon and in the music ministry playing piano. He excelled at everything he did.

He was preceded in death by his father, Billie Currie of Burlington and is survived by his mother, Joyce Currie of Burlington; his wife of the home, Amy Currie; his daughter, Aislinn Currie Clapp, husband Casey and grandson Silas of Graham; his son, Daniel Currie of Greensboro; his son, Benjamin Currie and fiancÃ© Jenna Shaffer of Wilmington; his brother, Jeff Currie and wife Pam of Bailey and numerous, beloved, uncles, aunts, nieces, nephews, cousins, in-laws, friends and church family.

Arrangements are in the care of Coastal Cremations. To leave messages of comfort to the Currie family, please click on "Share a Memory."