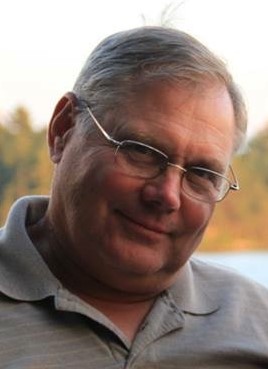 Gaetan Peter Hardy passed peacefully into the arms of the Lord on Saturday, October 15, 2022 at the age of 72 in Wilmington, North Carolina.

Before his retirement in Higganum, Connecticut Gaetan was the owner of Hardy Siding, LLC. and a highly respected Siding Contractor in the construction community far and wide a Craftsman of high caliber.

Gaetan proudly served our country as a member of Connecticut Army National Guard in the 102 Infantry Division in New Haven, Connecticut.

When not a t work, Gaetan could be found out on his Skeeter bass boat on a lake by himself or with a fishing buddy as he loved nothing better than hitching his boat behind our truck ( known as The Beast) and adventurously heading out to fishing tournaments with his friend Dominic. He was a member of the FLW Bass Fishing League along with many other bass fishing clubs. Gaetan and The Beast often towed Mike Milanos prize cars to the car shows as well. These men and Gaetan shared a unique brotherhood of friendship for many years.

Gaetan’s selflessness was apparent in how many people helped, how many lives he touched and how many memories are held dear. He will be missed by all who knew him and loved him.

Rest In Peace my love.

Burial will be at the family’s convenience and a memorial to celebrate his life will be held at a later date (to be announced).