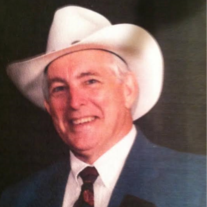 Harry a native of the Oakdale community of Charlotte, NC, was born October 17, 1936. He is preceeded in death by his parents H. Bland Dunn and Luella Byrum Stevens; his grandparents Leo and Lillie Dunn and Fulton and Sarah Byrum.

Harry was a 1955 graduate of West Mecklenburg High School in Charlotte, NC.

Harry is fondly remembered by friends and family as a master storyteller and jokester, a bluegrass musician and singer extraordinaire, an admirer of beatiful sunrises and sunsets, and all things in nature. He enthralled all with his encyclopedic knowledge of history, bird and tree species, and of course, his passion – Bluegrass Music.

Harry was a lifelong bluegrass performer and enthusiast who took great joy in the fellowship of music. He was well-known fixture of the regional bluegrass scene as a member of many groups that included Dixie Mountain Grass, The Roustabouts and most recently The Mostly Bluegrass Society of Shallotte, NC. He gained so many good friends within the bluegrass music community, throughout NC, SC,and TN, and felt privileged to know each and every one of them. Harry’s family wishes to thank this community of friends for their love and support during his illness and through these difficult days.

Final arrangements for Harry are being handled by Coastal Cremations, Carolina Shores, NC.

The family would like to thank the Lower Cape Fear Alzheimer’s and Hospice Care organization for the wonderful care they provided for Harry, and would ask that memorial donations be made to this organization: Lower Cape Fear Hospice https://lcfhospicefoundation3233.thankyou4caring.org/

A celebration of life and remembrance service will be held at a later date.