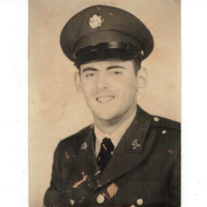 He was predeceased by his father David F. McGrath, his mother Margaret Mannix McGrath, three brothers and four sisters.

He is survived by his wife Melody Chase McGrath, daughters; Elizabeth (Jack) Trainor, Colleen McGrath, both of MA., stepsons; Bennu and Robert Smith of NY and two grandchildren, Jack Jr. and Molly Trainor.

Henry served in the U.S. Army and was an avid fisherman.

Funeral services will be determined at a later date.

The family would like to thank the staff at Lower Cape Fear Hospice in Bolivia.

Arrangements are in the care of Coastal Cremations. Please share memories and condolences with the McGrath family by clicking on "Share a Memory."