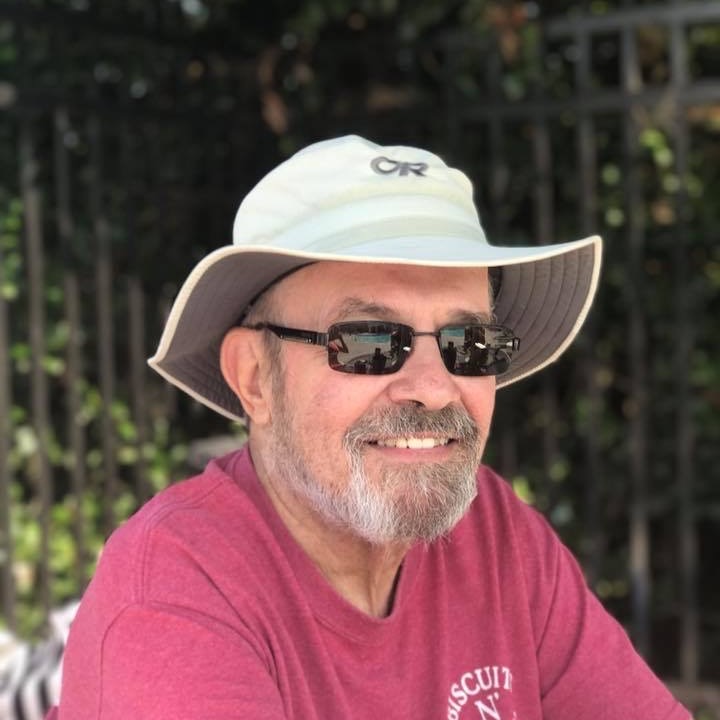 A friend to so many, James “Jim” Gordon Lawson passed away on July 29th at the age of 78. Though small in stature, he was big in heart, and he will be sorely missed by friends and family alike. He was born on October 7th, 1943, in Winston Salem, and was a longtime resident of Mooresville, NC before moving to Hampstead, NC for the last three years to be closer to his daughter and her family.

Jim studied electrical engineering at NC State University and retired from Duke Power Co. after 35 years of service. He was an avid Wolfpack fan, almost always sporting red & black, though he also often was seen wearing the green & gold of his favorite football team, the Packers. Jim enjoyed more than two decades of retirement. He had a wide variety of hobbies throughout his life, including gardening, fishing, hiking, camping, running, cycling, traveling & holding down a bar stool, in addition to being a Master Rosarian and stained glass artist. It’s safe to say he led an interesting life.

Jim Lawson is preceded in death by his parents, Eugene Moore Lawson and Bernice Vest Lawson, and his nephew Greg Guffey. He is survived by his daughter, Janet (Jan) Lawson Farmer, her husband Darin and granddaughter, Piper Elizabeth; former wife, Mary Lou Lawson Kornegay; his sister Judy Guffey and niece, Krista Guffey-Poisson. A celebration of life will be planned in the near future.