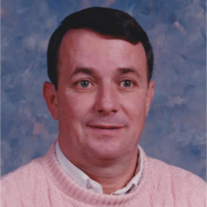 James Henry "Jim" Barczak, former Vice-Mayor of South Boston and longtime coach and educator for Halifax County schools, passed away on August 9th in Wilmington, NC after a year-long battle with cancer surrounded by his wife and four children. He was 72.

Jim graduated from Paden City High School with the Class of 1961, an athlete who was coached by his future father-in-law, Hen Healy.

Jim lived much of his adult life in South Boston, VA. He was active in his community, serving on the town council for the City of South Boston for eight years from 1977-1984. From 1982-1984, he served as Vice-Mayor. During his time on the council, the city resolved to build a new comprehensive high school and vocational technical school, where Jim later coached and taught. Jim also served his community as pool director and Summer Youth Program Counselor working with underprivileged youth during the summer months.

Jim served as the Athletic Director for Halifax County Senior High School and was instrumental in bringing youth soccer to Halifax County and to Halifax County Public Schools. He coached basketball, football, soccer, and tennis. A Special Education teacher for Halifax County Schools for several years, Jim started the tradition of the Special Ed Prom for his students. After retirement, Jim spent many happy years fishing (receiving a citation for catching a blue marlin off the coast of NC), gardening, and taking adventures at Milford’s Pond with his grandchildren. Jim spent his last years in Wilmington, NC with his wife, Marliss, where they had planned to live out their retirement together.

Some of Jim’s accomplishments include: Jacksonville University Soccer All-Decade Team of the 1960’s and Coach of the 1980’s awarded by the Western District Soccer Coaches in recognition of his commitment to soccer.

Jim is preceded in death by his parents, Cash and Carol, and a sister, Carol Sue Barczak Bowen Brooks. Jim was enthusiastically greeted at the Rainbow Bridge by beloved family boxers Milford, Boone, Bayley, Henry, Shiloh, and JJ.

Jim is survived by his loving wife, Marliss Healy Barczak of Wilmington, NC, to whom he was married for 28 years. Jim leaves behind four children: daughter Beth Barczak Bush of Halifax, VA; daughter Kathy and son-in-law Jay Booher of Fort Worth, TX; son Wyatt Barczak of South Boston, VA; and daughter Melissa Probst of Wilmington, NC. Sister Cathy Jo and brother-in-law Ed Amos of Paden City, WV and brother Eddie Barczak of Anderson, SC survive their brother, along with many nieces and nephews. Jim was a devoted Pap to and will be sadly missed by his four grandchildren: Jake and Meg Booher of Fort Worth, TX and Hannah and Sarah Bush of Halifax, VA.

Jim was proud to be a West Virginia Mountaineer, a Paden City Wildcat, and a Halifax Comet. Jim always said, "Take me home Country Roads".

A traditional Irish wake will be held at The Dubliner Irish Pub at 1756 Carolina Beach Road in Wilmington, NC on Friday, August 12th from 4pm to 7pm. A celebration of Jim’s life will be held on Sunday, August 14th from 2pm to 4pm at The Sportsman’s Club in Halifax County, VA.

In lieu of flowers, Jim expressed the wish that memorial donations be made to The Halifax County Cancer Association at 1710 Jeffress Blvd, South Boston, VA, 24592; Lower Cape Fear Hospice & LifeCare Center at 1414 Physicians Drive, Wilmington, NC, 28401; or to your local hospice.