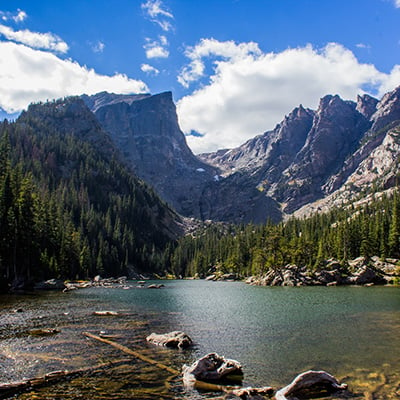 He was born April 12, 1943, in Philadelphia, Pennsylvania the son of the late Elizabeth Brett Tanner and Munro Yule Brett. He is preceded in death, also, by his step-father, William LouisTanner, Jr., and brother, Bernard Bullard Brett.

He is survived by his brother, Patrick Munro Brett, his loving sister, Patricia Ann Bergauer, his devoted wife and companion of 41 years, Merrily F. Locke, his daughters, Kelly Brett Stultz, and Michele Louise Pegg of Washington, Iowa, his granddaughter Katherine Elizabeth Stultz and grandson, Alexander James Pegg, and a host of nieces, nephews and other relatives.

In 1961, after graduating from Laboure High School, in St. Louis Missouri, John enlisted in the United States Air Force, where he served with distinction as an Air Policeman and Military Training Instructor. He was described by his commanding officer as demonstrating “qualities which are worthy of admiration in any man. It is to the men of his caliber that we look for future leadership for our Air Force and our nation.” In 1967, he received an honorable hardship discharge from the Air Force, enrolled in the University of Missouri, and worked full time as an Assistant Restaurant Manager. In 1971, John graduated from the University of Missouri with his BS in Marketing, and began his employment with Procter & Gamble where he received accolades for his ingenuity and many accomplishments as a Sales Representative to Military Installations in the Midwest, Hawaii and the Far East, and finally in North Carolina.

John had a courageous spirit. On more than one occasion, he was a candidate for public office. He advocated for civil and human rights, and every individual’s right to vote. He was the first man to be honored by and hold the position of President of the League of Women Voters of New Hanover County. He served as a New Hanover County Board of Elections Precinct Official. He was the local SGI’s Men’s Division Leader striving for World Peace and mentoring several youth. John was generous to a fault, taking in strays, both animal and human. He especially enjoyed feeding fish, birds, and squirrels, loved his rescued pets and indulged his wife by opening his heart and their home to the care of feral and stray cats.

John was an artist. He created stained glass. His yard art and sculptures delighted all in the neighborhood. The pond he designed and built was home to fish, toads, tadpoles, and plants that captured the hearts and imaginations of all passers by.

When faced with challenges, John saw opportunities. Weary of corporate America, he became an entrepreneur, a visionary, ahead of his time. He invested in Wilmington’s Manor Theater which, when renovated, became Jacob’s Run, an entertainment complex that housed his Crow’s Nest Restaurant.

He loved music, from Tchaikovsky to Fleetwood Mac, and although he did not play an instrument, he loved to play his music loud, and strum his guitar to the beat. A man of contradictions, he loved Golf, NASCAR, and the St. Louis Cardinals.

Whenever warranted, he reinvented himself. He became a property manager and handyman. He was a master tile setter and was sought after because of his expertise. His work continues to be admired throughout Wilmington. In particular, John took great pride in his installation of the ceramic tile murals for Lower Cape Fear Hospice’s Celebration of Life I & II, and Safe Passages, the vision of artist Gayle Tustin.

He cared deeply about protections for the elderly and the disabled. He gave back to his community as Chairman of the New Hanover Nursing Home Advisory Board, was admired by his team with whom he joined in passionately advocating for residents.

John was a father and a grandfather. He delighted children, and teased them unmercifully. He captivated them with his funny faces, outlandish stories, and his uncanny ability to create spontaneous outrageously silly songs and astonished everyone when those songs actually rhymed.

John will be remembered for his kindnesses, his charm, wit, creativity, artistry and generosity. John would be grateful if those who do remember him, give gifts of remembrance to Adopt an Angel, P.O. Box 15095, Wilmington, NC, 28408, Lower Cape Fear Hospice, 1414 Physicians Drive, Wilmington, NC 28401, Alzheimer’s Association @ alz.org., or any charity of your choice.