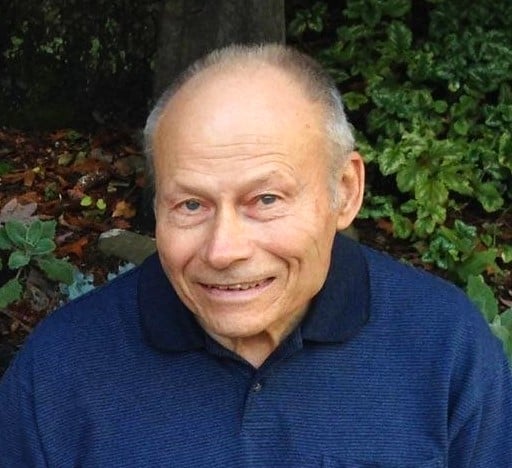 John Joseph Warren, 83, completed his journey here on earth Friday, November 4, 2022; with the
Lord Jesus Christ leading him home, where he will forever be in God’s hands.
Predeceased by his parents, George and Rita Sweeny Warren, John was born in New Rochelle, NY.
George worked for the Brooklyn Navy Yard during WWII and followed in his father’s profession of
plumbing, while Rita cared for the children.
John grew up in Larchmont, NY, graduated from Mamaroneck High School and joined the US Navy
where he served on the Underwater Demolition Team as a Frogman during the Cuban Missile Crisis.
After his honorable discharge he attended Westchester Community College and graduated with an
electrical engineering degree. During his early years he worked alongside his father and grandfather as a
plumber. After college he was employed by several companies including Republic Aviation Corp, GA
Fleet, Burroughs Corporation, R&amp;W Automotive and Conrail/CSX. After 27 years working as an electro-
technician for the railroad, John retired in 2004. He spent his early retirement years serving the Lord as a
sound technician at New Life Christian Fellowship and Gracepoint Gospel Fellowship (formerly New City
Gospel Fellowship); before moving to NC in November 2012, to live where it was warmer and closer to
the beach.
John loved playing and watching football, meticulous automotive repair, listening to music, dancing, bird
watching, plumbing, swimming, shopping, reading, enjoyed food, family and friends.
John is survived by his loving wife Debby Bleakley Warren of 46 years, and the pride of his life – his 2
children- Mitchell and Heather Warren; he is also survived by his sister Rita Warren Baronick and nieces
Karen Murray, Ellen Sweeney, Laura Datino. He was predeceased by his sister- Joan Flaherty Rivera.
In lieu of flowers, donations can be made to Samaritan’s Purse International Relief @
samaritanspurse.org under give/memorial giving.