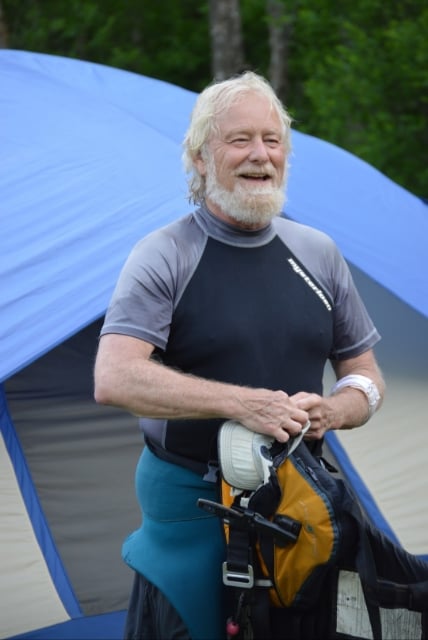 John Lyman Shetterly, 72, beloved husband of Melissa (Missy) Hood Shetterly, died July 16, 2022 in Wilmington, NC, from pancreatic cancer. During his illness as well as his life, John drew strength from his unshakable faith and love for God and his Son Jesus, as well as his love for his family and large network of friends.

He graduated from Princeton University in 1973. John took a year off from his studies at Princeton to work in a street ministry for the homeless in the Georgetown section of Washington, DC. That experience shaped his life and future work of 35 years with two nonprofit organizations, Seed Ministries and New Hope Ministries, that provided food, shelter and dignity to the homeless population of Washington, DC. Missy worked with John at both Seed and New Hope Ministries, providing organizational and administrative support. John’s passion was helping others and enabling them to see and reach their full potential.

John loved adventure, the outdoors, whitewater paddling and kayaking the waters of Masonboro Sound and Wrightsville Beach. He served as a part-time raft guide on the New and Gauley Rivers in West Virginia for a number of years, and introduced Missy, his family, extended family and friends to the thrill, humbling power and majesty of some of the East Coast’s best whitewater paddling. He also loved his annual family paddling trip to the Smokehole Canyon in West Virginia, an event that has continued for 40-plus years.

A private family memorial service on the beach, a fitting location given that John and Missy began their married life with a simple beach ceremony, and Celebration of John’s Life will be held at a later date.

For those who wish, memorial contributions in honor of John may be made to First Fruit Ministries, an outreach and supportive housing program serving the homeless in the Wilmington, NC, area, at firstfruitministries.org