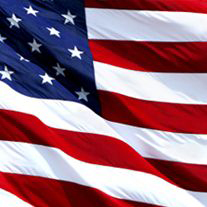 John Tartline, 80, of Kure Beach, NC passed away on April 11, 2017, at Lower Cape Fear Hospice following a brief and courageous battle with cancer.

Mr. Tartline is survived by his loving wife of 52 years, Christy (Dengler) and two sisters, Julia Safran of Leland, NC and Betty Short of Durham, NC. He leaves behind three children: Pete (Becky) of Mechanicsburg, PA; Sally, of Plainfield, IL; and Wayne (Angie) of Atlanta, GA, as well as seven grandchildren: John, Anna, Evan, Luc, Maya, Lincoln, and Cassidy.
John was born November 20, 1936 in Pitcairn, PA, the sixth of seven children of the late Pietro and Anna (DiVirgilio) Tartaglione of Campobasso, Italy. After graduating from Pitcairn High School in 1954, he attended Geneva College (PA), where he earned a BS in Economics in 1958. During this time, he worked with his father in the family-owned Tartaglione’s Market. From 1960-62, he served as an intelligence officer in the United States Army in Germany. John and Christy were married in August, 1964 in Winchester, Virginia. After a long career as a real estate appraiser, John retired from the Pennsylvania Department of Transportation in 1996. Upon retiring, he and his wife moved to Kure Beach, NC.

In keeping with his wishes to celebrate his life rather than mourn his passing, there will be no memorial service. In lieu of flowers, donations may be made to Lower Cape Fear Hospice Foundation in Wilmington, NC. https://lcfhospicefoundation3233.thankyou4caring.org/sslpage.aspx?pid=298

Arrangements are in the care Coastal Cremations.