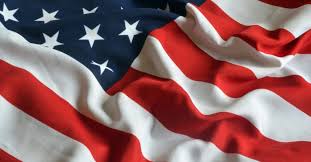 Joe was born in 1948 in Columbia, SC. He and his family eventually settled in Plymouth, NC. He graduated in 1967 with honors and as a basketball standout at Plymouth High School, earning a full scholarship to Atlantic Christian College (now Barton College) in Wilson, NC. He played 4 years of basketball, graduating with a BS degree in math and physics, and was named Outstanding Senior by the faculty.

Upon graduation, he joined BB&T in Wilson, while at the same time, joining the Army National Guard, where he served for 6 years. After working in marketing at BB&T for 33 years as a Senior Vice President in the home office in Wilson, he retired in 2004.

Joe and his wife, Tonda, began making pottery in 1974 and continued to do so part-time until moving to Little River, SC in 2005 and opening Jeffcoat Pottery studio in Calabash, NC as a second career. Joe’s passion for clay and the many pieces of pottery he created during his almost 46 years of “throwing pots”, has been shared with countless pottery students and customers throughout the Carolinas and beyond.

Joe is survived by his wife of 48 years, Tonda, their two children, Casey Jeffcoat of Carolina Shores, NC, Cody Jeffcoat and his significant other, Joy Orlando and her four children, of Cary NC. , and his mother-in-law, Mildred Craft Clark of Belhaven, NC. His sister, Clarine Jeffcoat Acasio of New Bern, NC, and nieces and nephew, Bobbi Waters; Betsy Ritchie and husband, James; Donna Rinehart and husband, Ron, all of New Bern, NC; and Jack Waters and wife, Stephanie of Sammamish,WA; one great- niece and three great- nephews. He is also survived by nephew, Mike Ingram and wife, Lindsey, of Apex, NC and three great- nephews.

Plans for a memorial service will be postponed until a later date due to the current virus situation.

In lieu of flowers, the family request donations be sent to the NC Pottery Center, PO Box 531, Seagrove, NC 27341.