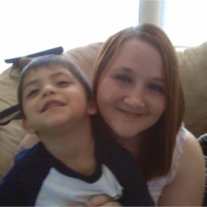 Kelly Ann Diemer passed away unexpectedly on Friday, March 17, 2016 at her home in Wilmington, North Carolina at the age of 28.

Kelly was born on August 15, 1988 in Mount Vernon, Ohio to Neil and Mary Cantrill Diemer and was their youngest daughter.

Kelly had a big heart that was full of love and compassion for all. She helped those who needed it the best she could and tried to make the most out of life. Kelly lived a troubled life and was unfortunately taken too soon, but has found the peace that she could not find in life.

A small memorial service will be held in Kelly’s honor on Sunday, March 27th from 5pm to 7pm at 1800 Tommy Jacobs Drive in Leland, North Carolina.

Arrangements are in the care of Coastal Cremations. Please share memories and condolences with the Diemer family by clicking on "Share a Memory."