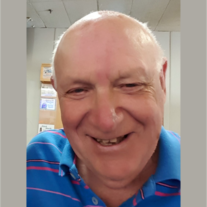 Lawrence “Larry” Reed of Little River SC, passed away on Saturday, June 3, 2017, at home surrounded by loved ones after a long illness. Larry was born on August 12, 1934, to the late Joseph and Frances Reed in Kersey, PA. He was the ninth of fourteen children.

Larry lived in the North Myrtle Beach area since his retirement from Welches. Prior to moving to Little River, Larry resided in Westfield, NY, after retiring from the Air Force in 1975. During his service in the Air Force, Larry served from the Korean War, to the Vietnam War at Greenland and various stations throughout the United States.

He enjoyed traveling and having fun. He made friends wherever he went. Family was very important to him, as well was being a veteran. Larry was a long time member of the American Legion.

He was a member of the North Myrtle Beach Assembly Of God, and also a past member of the Lakeshore Assembly of God in Westfield, NY. The Lord was a big part of Larry’s life.

He is preceded in death by his wife Patricia, his siblings Mae, Lloyd, Bob, Lyle, Josephine, Ernie, Popeye, Genevieve, Jim, and Max; son-in-law Bernd (Sonny) and all of his wife’s family; Don, Gen, Steve, and Gertie.

Memorials may be made to the American Legion Post 186, 4285 Pine Dr. Little River, SC 29566 or to a veterans association of one’s choice.