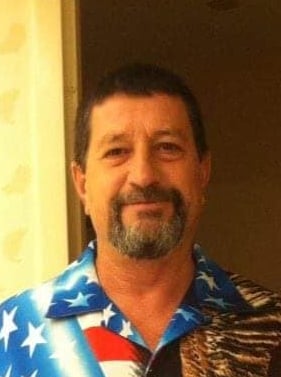 Michael (Mike) J McGlauflin Sr., 58, died peacefully at Lower Cape Fear LifeCare in Wilmington, NC on
March 29, 2020 after a long, courageous battle with cancer. Mike was great with his hands: he was a talented gardener, home renovator and woodworker. He enjoyed riding his Harley, fishing, and spending time with his family and friends. He was a loving husband, father, Pop Pop to his grandchildren, and a loyal friend to all. Mike is survived by his wife Bonnie of 25 years, daughters Amber (Daniel) Pressley of NC, Ashley McGlauflin of CT, and Vanessa (Joseph) Linnus of FL, his son Michael Jr. of CT, 10 (yes, 10) grandchildren, and several brothers and sisters. Mike was predeceased by his father Harold McGlauflin and mother Mildred McGlauflin. Mike’s family sincerely appreciates the care and compassion given by Duke Cancer Center and Lower Cape Fear LifeCare during his journey.
In lieu of flowers, donations in his name may be made to St. Jude Children’s Hospital, Duke Cancer Center (in Durham, NC), or LUNGevity. A celebration of his life will be announced at a later date.