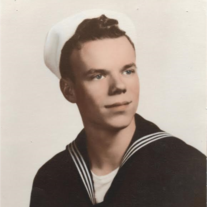 “Jack” was born in Grand Rapids, MI on September 5, 1931 to Helen and William Smith. He served in the Korean War where he was awarded a National Defense and Air Medal for his service. He later graduated from Michigan State University as an electrical engineer and went on to retire from General Electric in Wilmington, NC.

Milt had a strong work ethic and was a natural engineer. He enjoyed ‘tinkering’ and was known for his love of building and flying both experimental and r/c planes. Prior to his illness, he was instrumental in building the Wright Brothers model that hangs in the Wilmington International Airport and was an active member of the EAA in Burgaw, NC.

He is survived by his children Gerald Smith (Rhonda Gurgainous) of Blacksburg, Virginia, Susan Everett of Redford, Michigan and Brenda McDowell of Atlanta, Georgia all of whom he was very proud of. He was a doting, fun and loving Grandpa for which his grandchildren Stephen (Kathleen) Everett, Kellie Everett (Ryan Koenig), Heidi Smith (Lenwood Oliphant) and Amy McDowell and great grandchildren Will Everett, Bently Oliphant and Isaiah Oliphant will remember him by. He also leaves behind many extended family and friends that he cherished.

A Graveside service will be held Friday, July 21, 2017 at Chapel Hill Memorial Gardens in Grand Rapids, Michigan, at 11:00am.