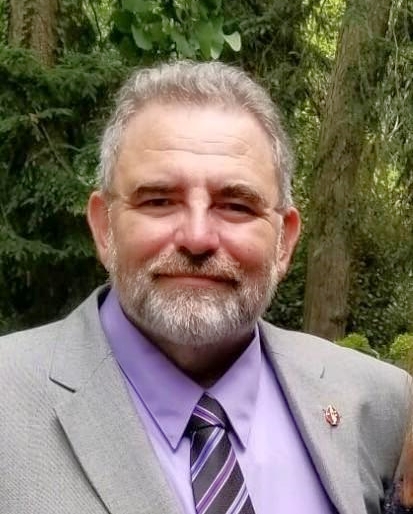 Paul Edward Cheshire, 57, of Cedar Point, NC, departed this earth for his final quest on Thursday, February 10, 2022. Mr. Cheshire was born June 15, 1964, in Sarasota Florida, to the late James Edward Cheshire and Nikki Pappas Cheshire. After serving our country honorably in the United States Marine Corps as a Lance Corporal from 1981 to 1984, Mr. Cheshire spent a short time in private industry before going into law enforcement. He started as a police officer in Surf City before going on to devote his life to serving the Town of Emerald Isle. As Captain of the Police Department, he was a revered advisor, respected supervisor and much honored investigator. Even after a formal retirement in June of 2019, Mr. Cheshire never stopped working for the Town of Emerald Isle. Along with serving the community, Mr. Cheshire had a passion for feeding others. Be it wild birds and animals or humans; no one ever came across his path and went hungry. Mr. Cheshire was an IT expert and a self-deemed, “Computer Geek”, he enjoyed gaming online where he made many friends. He also loved travel and he was a shopaholic. Finding a gift for others gave him great pleasure, it would always be perfectly fitted to the person and nothing less than a wonderful surprise when given. If one word could describe Mr. Cheshire, it would be generous.

Left to cherish his memory, he is survived by his life partner and the love of his life, Debra Sellers Davis of Wilmington, NC; two sons, Joshua Edward Cheshire and Nicholas James Cheshire, both of Jacksonville NC; sister, Ruth Mary Daigle and husband Michael; niece, Sarah Faith Geraghty and husband Tobias all of Marlborough, MA; and a cherished niece, Isabella and nephew, Cameron. Along with his family by blood, Mr. Cheshire is survived by many people upon which he made a lasting impression on and by those he treasured in his time here on earth. Mr. Cheshire is sorely missed by fur baby, Willie Nelson.

Mr. Cheshire was preceded in death by both of his parents, his fur baby Elvis, and other animals, all cherished when they crossed the rainbow bridge.

Charitable donations may be made to the Outer Banks Wildlife Shelter, 100 Wildlife Way, Newport NC 28570. Please note that it is in honor of Paul Cheshire.