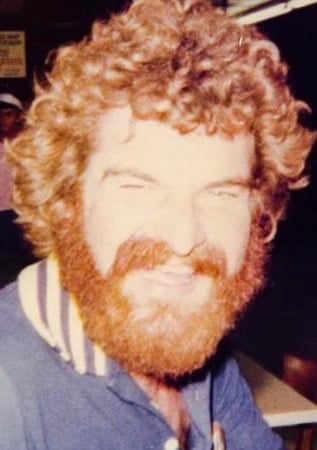 Ricky was a force of nature who’s incredible energy, animal magnetism and uproarious sense of humor captivated all who met him.

Everyday he changed people’s lives by loving and laughing through to the heart of the matter. Ricky was a good son, prayerful sinner, awesome friend and formidable foe to those who would bully or abuse others.

He loved every moment of his life and wants you to do the same.

Please pray for everyone to be able to hold such great love.

Ricky is survived by his wife of 26 years Edwina, missed by his dog Ziggy and was predeceased by their son Daniel Smith. He lost his father Richard Sr in 1969 and mother Maxine in 2007 and grieved for them both the rest of his life.

He is survived by his sister Sherry Leach (John); his nephew Chris Rush and his sons; his uncle Glen Taylor, wife Karen and daughter Amanda. He will be greatly missed by his niece Adria Smith. Ricky will always be remembered for his love and sense of fun by his many cousins and friends of the class of Hamlet High 1966.

Ricky is a veteran of the US Coast Guard, prior to retirement was a member of ILA Local 1838 and worked for many years with Mom Maxine and Stepfather Warren Calloway who built and operated the Oceancrest pier 1969-1983.