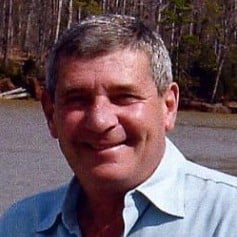 Richard (Rick) Perrotta was born February 5, 1949 in Surrey, England and died May 19th 2022 in Shallotte, NC. After moving to Massapequa, NY at a young age he found a love of spending time on the water which he would carry throughout his life. He attended the University of Dayton and upon graduation joined Arthur Andersen LLP before beginning several successful entrepreneurial ventures in the videotape industry and durable medical equipment business. Rick was also a member of the US Army Reserves.

Rick is survived by his children Rachael Perrotta, Chicago, IL; Taylor Perrotta, Fort Mill, SC and Michael Perrotta (Kayla) Brighton CO; and three grandchildren, Kylie Zufall, Lucas Walker and Liam Walker. Rick shared a love of the outdoors and activity with his children including coaching baseball/softball and archery, and boating on Lake Michigan, Lake Arrowhead and Lake Wiley. He also has a passion for sailing including up and down the Pacific coast and the British Virgin Islands. His life was full of these sailing adventures with both family and friends and his annual trip to Catalina was always a special event for him.

Rick was an unconventional man and possessed a unique sense of humor. He also had a penchant for both naps and Jack on the rocks (not necessarily in that order). He proudly lived life on his own terms, and did not hesitate to share what real Italian food (particularly meatballs) should taste like. Over the years Rick helped create many great memories for many people. May the stories of Rick bring a smile to those who knew him.