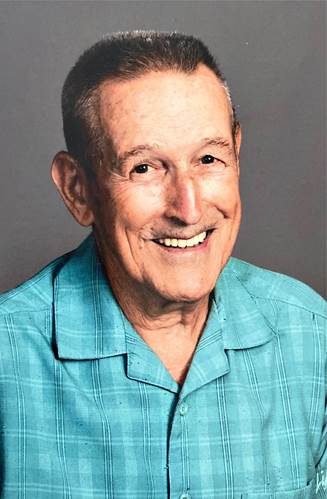 Richard (“Dick”) W. Harvey of Boiling Springs Lakes, NC, died on September 6, 2022, at the age of 88. Dick was born on October 21, 1933 to Wilbur James Harvey and Frances Veronica Duval Harvey, in North Andover, Massachusetts. He graduated from Norwich University in 1955 and became a commissioned officer in the United States Army. He promptly married the
love of his life, Nancy Russell, in May of 1955.

Dick served his country for over twenty years in the United States Army, while he and Nancy raised three sons. He twice commanded tanks on the border with the Eastern Bloc during the Cold War. He also fought in Vietnam during the TET offensive. The U.S. Army recognized Dick’s service by awarding him the Bronze Star and Legion of Merit, among other honors. He retired from the military as a Colonel in 1976.

After retiring from the military, he and Nancy moved to Berkeley Springs, WV, one of their favorite vacation spots, where he began teaching automobile mechanics to teenagers at the Dowell J. Howard vocational school in Virginia. Eventually he became principal of that school and served in that capacity for many years.

Upon retiring from his second career, he began to serve on the Town of Bath Planning Commission and as a deacon of their church, the Berkeley Springs Presbyterian Church.

Dick and Nancy were lifelong travelers, and they enjoyed spending time in Boiling Springs Lakes, as well as Berkeley Springs. Dick’s beloved wife Nancy passed in March of 2020, after 65 years together. After her passing, Dick permanently relocated to Boiling Springs Lakes.

Dick was an avid tinkerer and gardener, and he was never happy without a project or two to work on. He was a voracious reader, with a particular fondness for Westerns. He was a dog person, and throughout his life he always had a canine companion. He was a loving husband, father, grandfather, and great-grand-father. He liked nothing better than being with his friends and family. He will be truly missed.

He is survived by his children: Richard J. Harvey and Elsa Toledo-Harvey, Steve and Vicki Harvey, and Dean and Cathy Harvey; his grandchildren: Sara and Patrick Jackson, Richard S. Harvey and Lindsey Webster, Beth and Tyler Gunn, and Ian Harvey; and his great grandchildren: Wilder Jackson and Miller Gunn; and friends and his dog, Ike. The family would like to express its enormous gratitude to Lois Hobday and Lynne Kusleika, who not only helped him to live his best life but were also his dear friends. The family is planning a private memorial.