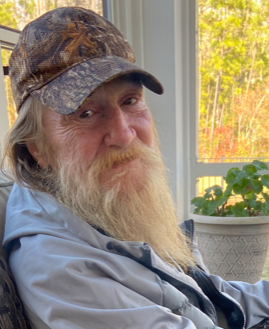 He is preceded in death by his parents, Alvin Ray Taylor and Mary Jo Hilliard.

He is survived by a son, Rocky Ray Taylor and wife Renee of Belton, Tx., a brother Michael Ray Taylor and wife Sarah of Rocky Mount, NC, a sister, Lillian Taylor Blalock (Suzie) and husband Ricky of Little River, SC a granddaughter Tessa Zaylee Taylor of Belton, Tx. a niece Amy Nicole Critzer and husband Tim, two great nephews, Shane Critzer and Kaylin their two children Everleigh and Mason, and Brent Critzer and Maggie, and numerous extended family who loved him dearly. A special buddy, Grant Dinkins (better known as little Bill) who spent a lot of time learning how to plant a garden and take care of his grandfathers blue berry bushes with Sam.

Sam was a United States Marine, which he was very proud of, he joined the marines at 17 years old (1971) after leaving the Marines he became a traveler, he loved going to different states, he was a longshore fisherman which he loved “and oh the stories he would tell about his experiences”. He settled in Texas where he met and married his one and only love Melba, who truly was his one and only together they had a son Rocky Ray Taylor who he loved with all his heart. Sam eventually made his way back home and settled in Grimesland ,NC there he had and made many friends he was know as “The Tree Man” because he did tree removal after moving back to NC.

His wishes were for his cremains to be scattered in the Ocean, so my brother Mike and I will do this in private.

“we are lucky and fortunate”