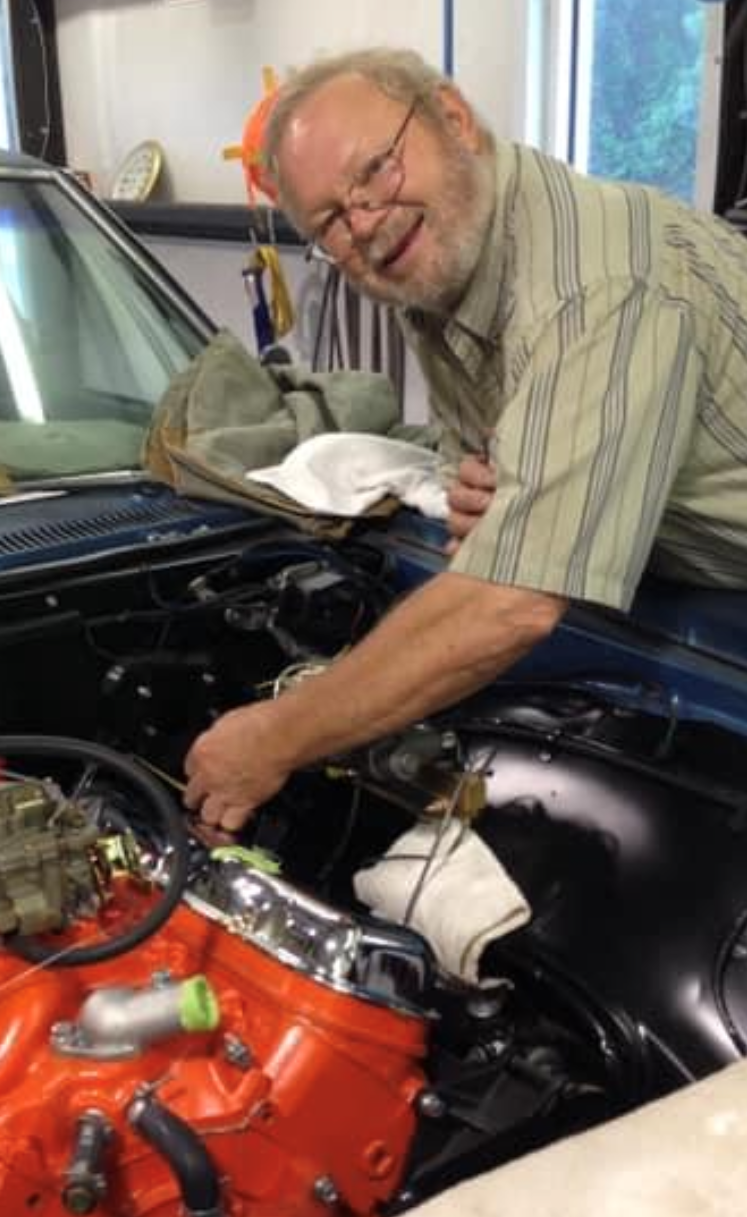 Rick Osborne is a legend. He was born on September 11, 1947 to Betty and Ernest Osborne in Charleston, WV. He was a preemie and fought hard to survive in a time when preemies didn’t often live—a testament to his indomitable spirit. His beloved grandmother Emma, whom he referred to as Mammy, adored him immediately and helped to nurse him to strength. Her home became a haven and he spent a lot of time with her as a child.
Rick also had two brothers, Bobby and Fred. He loved them dearly and cherished the moments when they visited or they spoke on the phone.
Rick was a nerd in school and did really well in all of his classes. While attending Lincoln Jr. High, Rick was proud to be the roving reporter. He wrote general interest pieces for the Lincoln Log during all three years of school there. It was in school that he first saw the girl who would later become his wife. Suzanne was a bit of a rebel, and his first stories about her involve her getting into trouble in a math class they shared and having to sit in the corner with the trashcan on her head. After high school, Rick attended West Virginia tech, but said he knew more than the instructors, hated it, and dropped out.
Rick was always obsessed with things with wheels. He built model cars, worked on go karts, and drew pictures of cars. He dragged his first jalopy home when he was 14 to the dismay of his father. That dismay turned to pride when his father saw what he was able to do with the car. Rick had a gift for taking wrecks and turning them into works of art, even at an early age.
His passion became his official occupation when he opened the Vette Shop in Dunbar, WV in 1976, after the births of his twin daughters, Thelma and Mary. He already had a reputation for building beautiful cars and had the opportunity to experiment and hone new skills with his new venture. On the side, he was hard at work in his home garage building two custom Corvettes that would become his signature cars. Both were Corvette station wagons built with Greenwood kits. He built the first one, a green 1974 Corvette because he wanted a Corvette his entire family could go for rides in. Thelma and Mary would bounce around in the back untethered, having a blast while their dad put the car through its paces. The second, a maroon 1975 Corvette was a magnum opus. It became an ultimate show car and was awarded trophies at every car show in which it was entered.
He opened Coastal Corvettes in Southport, NC in 1986. He built the shop beside the family home because he wanted to be close to his children. His kids grew up in his shop along with all of the neighborhood kids. He never minded taking a minute to help a kid with a bike or help a friend with car advice. Some of his friends have said that he and Rick built entire cars over the phone.
Rick was a kind hearted, quick witted person who touched everyone who met him. He was known for his sense of humor and smile. He was a brilliant engineer, painter, and fabricator. He was a wonderful father and a dedicated husband who would do anything for his children and wife.
Rick is survived by his wife, Suzanne Osborne, his daughters Thelma and Mary Osborne and Mary’s husband Adam Maness. He has four beautiful grandchildren Bettie, Maddox, Griffin, and Veronica. He is also survived by his brothers, Bob and his wife Debbie, and Fred and his wife Jamie. Rick also leaves behind his cat Purrrl and his grandcat Angel “Buddy”.
Rick was fortunate to be loved by many people and called many people friends. The world is darker without him. He joins his parents, grandparents, and other wonderful family members and friends in Heaven.
The family request in lieu of flowers contributions made be made in Rick’s honor to the National Corvette Museum.
Share on Twitter Share on Facebook Share on Email
SEND FLOWERS