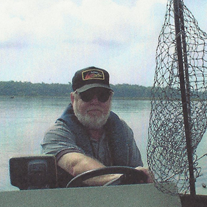 Roger Dale McCoy, 68, of Shallotte, NC, peacefully went to be with his Lord on April, 29, 2017. He leaves behind his wife, Marie Annette McCoy; his sister, Sylvia Martin; and a wonderful circle of family and friends including Pastor Steve and Lana Bynum; Jeff and Cathy Merrill; David, Christy, and Drake Henderson; Scott and Rhonda Hughes; and his friends, family and neighbors in Pelican Point and Shell Point Acres.

Born in Williamston, SC, to the late Oscar and Syble B. McCoy. Predeceased by his brother: Billy McCoy; sisters: Elizabeth Worley and Cindy Davenport; and nephew: Johnny Martin.

He was employed for 35 years at Hoechst Celanese in Greenville, SC, and Charlotte, NC, in Research and Development.

Roger was a member of First Baptist Church of Shallotte. He lived a good life and never met a stranger. He filled a room with his charm and laughter.

Arrangements in the care of Coastal Cremations Carolina Shores.
Please share condolences and memories with the McCoy family by clicking on "Share a Memory."