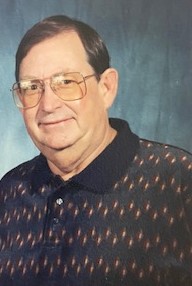 Ronald was preceded in death by his parents, Richard and Esther (Baker) Snyder.

He is survived by his wife Mary Snyder, a sister, Sandra Riebling of Pennsylvania and several nieces and nephews.

Ron was a Penn State alumni. He was a veteran, having served in the Army National Guard. Ron’s career included working in IT, Computers, Disaster Recovery, OSHA and ISO-9000.
Ron enjoyed discussing politics especially MAGA! He loved collectibles and books. Ron’s real passion was his faith in Jesus and The Word, the Bible. It was their greatest joy that he and Mary shared their faith in Jesus. They are truly thankful to know they will see each other again in Heaven. Ron was loved by many and will be greatly missed by all.

A Celebration of his life will be held, at 2:00 pm on Wednesday, October 5, 2022 at Lafayette Park Community Amenity Center at, 271 Blackpepper Loop and also is Ron’s 80th Birthday.