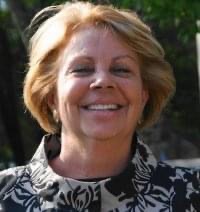 Rory Elaine Manaro passed away peacefully on March 10, 2022 in Wilmington, North Carolina. She was born in Chicago, Illinois on October 22, 1951 to Albert Paul Calli and Joan McDonald Calli.

Rory earned her Bachelor of Science degree from Southern Connecticut State University. Prior to that, she attended George Washington University in Washington, DC where she majored in Political Science. While in DC, she met her former husband, James Manaro, with whom she had 2 children; Elaine Manaro Madej (Michael) and Christopher Manaro, both of Wilmington, NC.

She is also survived by 2 grandchildren; Matthew Madej and Avery Madej, as well as 4 siblings; Lisa Calli Dannheim ( Gunther) of Norton, MA, Charles Calli (Brenda) of Portland, ME, Felicia Calli Hiscock (Rick) of Thunder Bay Ontario, Canada and Paul Calli (Liangy) of Miami Shore, FL, as well as by several nieces and nephews. She is predeceased by her brother Albert Charles Calli, CO.

Rory was employed in the office of Congressman Robert Giamo as an Administrative Aide while in Washington. Her career focus then turned to development and fundraising. She worked for several years in this area in secondary and post-secondary education settings for various private schools and universities.

Her family would like to extend their genuine gratitude to her significant other, Jerry, and to the people at The Lower Cape Fear LifeCare Hospice in Wilmington, as well as to the entire staff at Elderhaus for their assistance, compassion and care during the last several years, as Rory dealt with the challenges of Parkinson’s disease. A private family ceremony will be held.

Coastal Funeral Care, Wilmington, is in care of arrangements.

Memorial contributions in Rory Manaro’s memory may be made to; Elderhaus at 1380 North College Road Wilmington, NC 28405