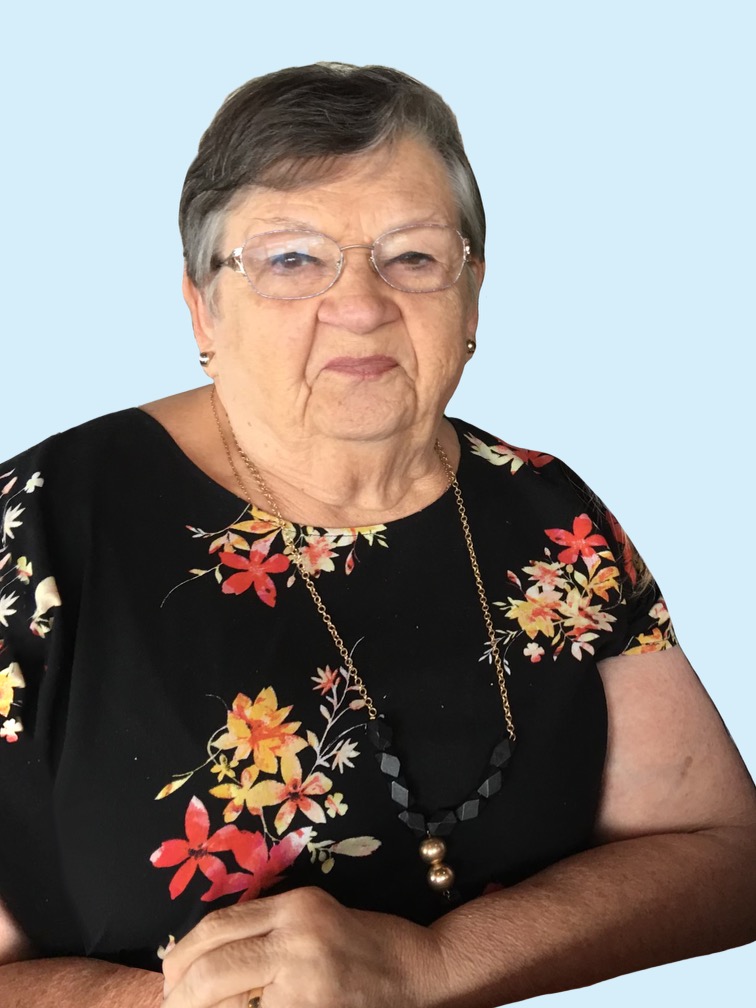 Beloved mother and grandmother, Rosemarie McCormick Kyriakoudes, passed away on Thursday, August 5, from a brief and sudden illness. She was 80 years old. She was preceded in death by her beloved husband, Michael.

Rose was born in Brooklyn, N.Y., January 11, 1941, to Athalia Cherry McCormick and George McCormick. She grew up in Brooklyn and Washington, N.C., her mother’s hometown.

In 1962, she married Michael Louis Kyriakoudes in St. Spyridon Greek Orthodox Church in New York City. He passed away on June 23, 2021, just a day shy of their 59th wedding anniversary. She and Michael were life partners and business partners, running restaurants in Patchogue, N.Y., and Wilmington, N.C.

Rose was a lover of art, music and learning who enjoyed painting, ceramics, singing, and reading. She sang in the choir in Erasmus Hall High School and in the Episcopal Churches that she loved: Church of the Nativity, Brooklyn, N.Y. and St. John’s Episcopal Church, Wilmington, N.C. Rose passed her love for reading and learning to her three children who all became educators. She loved gifting her grandchildren with books.

Rose had a servant’s heart. At St. John’s she served as a volunteer in many roles. For many years, she taught Sunday School with her dear friend Libby Knight and directed the Children’s Christmas pageant. She also led the church’s bereavement committee and volunteered for the Unseen Guest meal program. She was instrumental in publishing the church’s first cookbook. She also volunteered as a tutor in the public schools of Wilmington, including her daughter Diane Fowler’s elementary school classroom.

In later years, Rose was happiest with her ten grandchildren. Her summer “Yia Yia Camps” (Greek for grandmother) are beloved memories. Rose was always the one to make such simple things so special. It was truly a gift of hers.

She is survived by her brother, George McCormick and his family; her children, Louis Michael Kyriakoudes (Lisa), Diane Fowler (Matt), and Amy Bryant (Richard); and grandchildren whom she loved dearly: Helen, Katherine, and Michael Louis Kyriakoudes; Emily, Rebecca, Madeline and Michael Fred Fowler; and Amelia, Macey, and Elizabeth Bryant.

A celebration of Rosemaries’s life will take place at 3:00 p.m. on Wednesday, August 11th at St. John’s Episcopal Church, 1219 Forest Hills Drive, Wilmington, N.C., where she was a member for over 40 years. In lieu of flowers, donations to St. John’s Children’s Ministry are welcome.