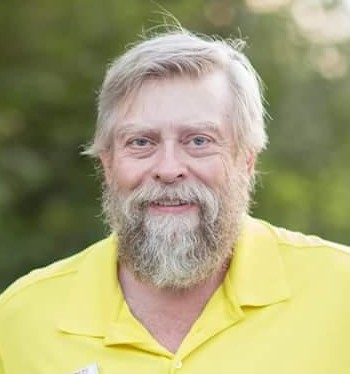 On September 19 th , 2022, the fairways of Heaven gained a new player. Roy A. Morgan, III of
Wilmington, NC passed away at the age of 69 following a long battle with cancer. He died
peacefully in his sleep, surrounded by his closest loved ones at home.
Roy was a dedicated husband and father he grew up in Lowell, Massachusetts and later resided
to Windham, NH. He taught his daughter, Susan, how to swim and fish, among countless other
memories at their lake house on Rock Pond.
An avid New England sports fan, you could always count on him to know the latest. If he wasn’t
wearing his Signs by Tomorrow shirt, he was always representing the Red Sox, Celtics or
Patriots. Roy graduated from UMass Lowell in 1975 with a Bachelor of Science in Chemical
Engineering. He started his career as a janitor for Joan Fabrics but climbed to be an admired Lab
Manager over 35 years. He was known for his warm heart and willingness to help all his
coworkers. It was at Joan Fabrics that he met his wife, Rose and then were married in 1983.
In 2005, the Morgan family relocated to Wilmington, NC in search of warmer weather and
sunnier skies. Roy changed careers entirely and went on to own Signs by Tomorrow. While
growing the Business, he became an active member of our community. He frequently worked
with local charities including the Good Shepherd, Junior Golf league, Brigade boys and girls club,
The United Way, Four Paws and a Wake Up and countless others.
In his free time, Roy enjoyed playing golf and could often be found at the driving range. He
loved dogs dearly, especially his buddies Jake and Elwood, and his latest edition, Parker. Parker
was adopted from Saint Bernard Rescue league-Pender County Animal Control and successfully
trained to be a service dog for Roy.
Roy is survived by his wife, Rose, their children and grandchildren. In lieu of flowers, please
make donations to the Good Shepherd of Wilmington at Good Shepherd at 811 Martin Street,
Wilmington, NC 28401 or online at https://www.goodshepherdwilmington.org/donate/. A
Celebration of Life will be arranged at later date.