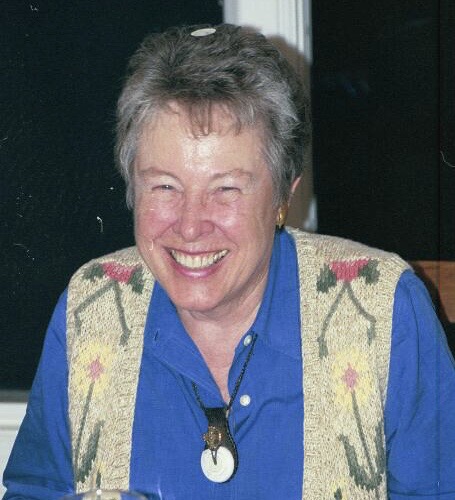 Sarah Watkins Point died peacefully Saturday, May 30, 2020 just one day shy of her 90th Birthday.
She was born in Fairmont, WV, May 31, 1930 to Federal Judge Harry and Margaret Watkins. She is predeceased by her parents, and sister Linda Watkins Rice.

Sally received her degree from West Virginia University and married Dr Robert Point of Charleston WV. In 1975 Sally began her world travels after raising two sons Robert and Judge Point in Potomac, MD. She lived in Germany with her dear friend Jutta Seifriz for 40 years tutoring English conversation to her loyal German students. She would come back to spend the summers with her sons and their families until 2010 when she made Wilmington NC her home.

Sally was affectionately named Sassy by her first born grandson and it has stuck with her ever since. She adored her grandchildren, family and friends.

The family would like to thank the wonderful caregivers at New Hanover House and Lower Cape Fear Hospice.

A family celebration of Life for Sassy Point will be held in July at Camp Salinda, Colfax West Virginia.
Please share memories and condolences to the family at

In lieu of flowers, memorials can be made to Lower Cape Fear Hospice.