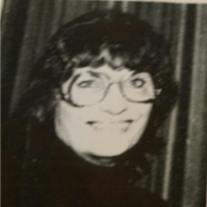 Shirley Adams Satterfield went to be with our Lord and loved ones that had gone before on April 21, 2017 after several years of declining health. She was born in Greensboro, NC on April 15, 1931 to Herman and Edna Adams. She was a loving Mother, Grandmother and Great Grandmother. She retired from P. Lorilliard Tobacco Company after 35 years of service.

She was the most wonderful mother and a loving, selfless, caring person that always worried about someone else and never herself, she was loved by many. She worked tirelessly and raised four daughters, a son and one granddaughter as a single parent.

She was preceded in death by daughter, Sherry Lane Satterfield, father, Herman Adams, mother, Edna Adams, step mother View Adams, Brother Herman (Scobe) Adams and sister Barbara (Bobbie) Brandon.
There will be a memorial service in celebration of her life at Crossway Church 3647 Altamahaw Church Rd, Elon, on May, 6 at 2:00 PM.

Arrangements are in the care of Coastal Cremations. Please share memories and condolences with the Satterfield family by clicking on “Share a Memory.”