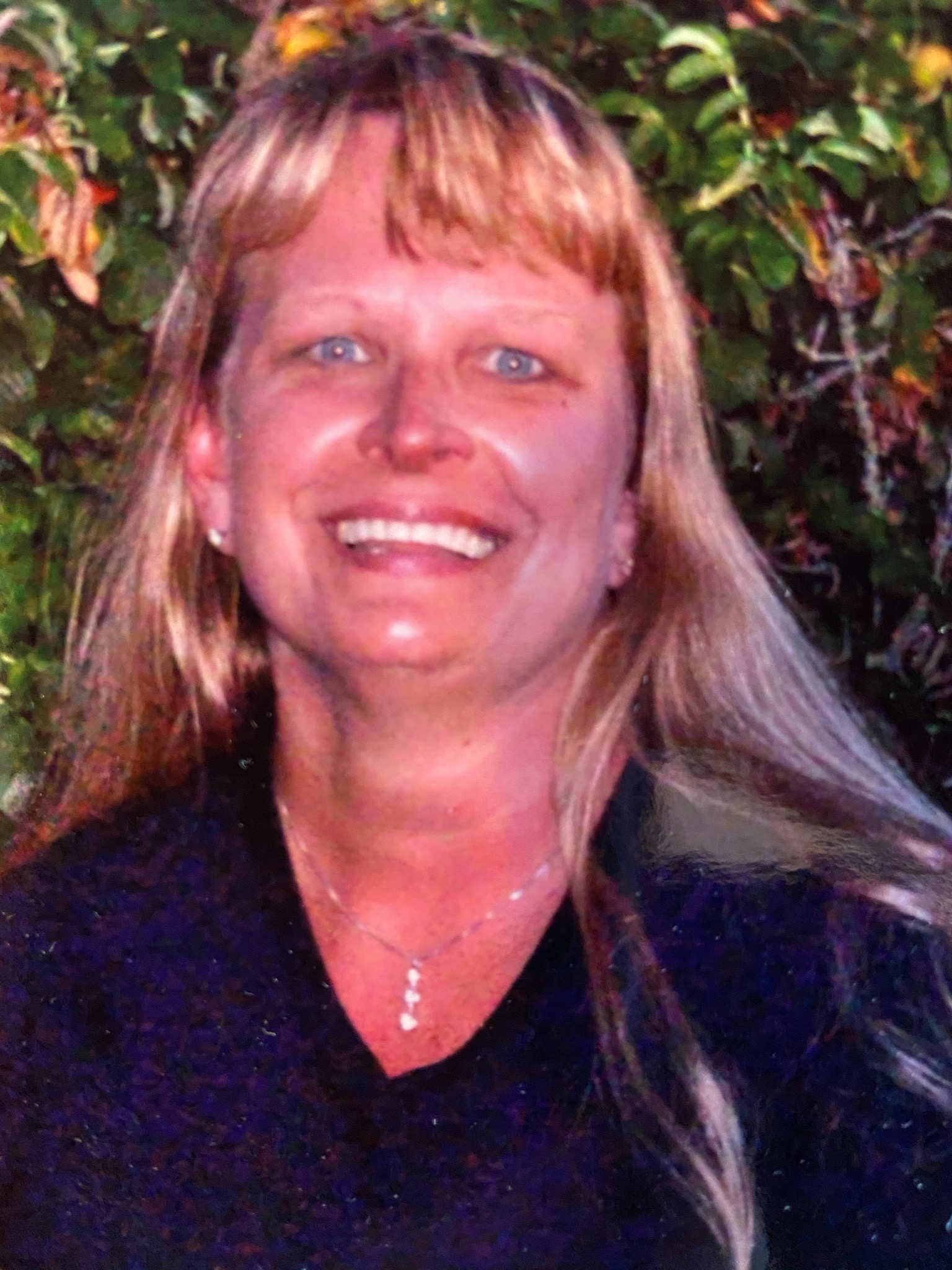 Theresa Krisciunas Kearns Brewer, 59, of Boiling Spring Lakes, NC passed away surrounded by loved ones on December 10, 2020 after a difficult battle with Pancreatic Cancer.

Theresa was predeceased by her mother Jacqueline and her father Robert. She is survived by her husband Norman Brewer, her step-daughter Katie Steele, husband David Steele and their Grandson Riker of Spokane, WA. Her sister Caroline Krisciunas of Berlin, NJ. Her step-father James Rockwell and Step-mother Barbara Krisciunas. Her step brothers and their families and her great niece and nephew Frances and Benjamin Rockwell.

Theresa spent more than 30 years of her career in New York City, as a Corporate Office Manager in the Financial/Banking industry. She continued her education at NY University, and spent many long commute hours utilizing her time doing needlework, quilting, and crafting. She also loved flowers and especially enjoyed making a butterfly garden every summer.

When the opportunity arose Theresa and Norman made the move to North Carolina you would think to enjoy semi-retirement and the quite simpler life. However, Theresa was not one to be idle, so she tried her hand at a number of jobs to keep busy and make new connections in the community. She worked at Wilmington International Airport, Lowe’s Home Improvement in the Garden Department, and finally found her niche at Mater’s and Tater’s Produce Market. You could find Theresa baking, pickling, canning, and making preserves. She would also create crafts when she was not going to the outdoor markets. She love people and enjoyed meeting people and making connections with locals and visitors to the area.

Theresa also enjoyed traveling whenever possible to see family and friends coast-to-coast and internationally. Family was everything to her.

Gardening connected her to nature and her roots. Nothing better than having your hands in the dirt, unless of course, it was walking along the beach at Sunrise or Sunset collecting treasures. Many of which were integrated into her latest project. She was very interested in the Sea Turtle nesting program and spent a summer as a Nest Mother.

Anyone who knew Theresa, knew she was incredibly kind hearted and loving. She had an immense passion for her world whatever she was doing. She was always a source of positivity. Theresa’s family and friends will miss her more than words can express.

In Lieu of flowers – Please consider planting a butterfly garden in her honor, or Contributions can be made to Lower Cape Fear Hospice Care Canter in Bolivia, NC or your local Hospice Center in Theresa’s name.

A memorial service will be held January 23, 2021 at 4:30PM (Sunset) on Oak Island, NC beach. More information will be released as it becomes available.