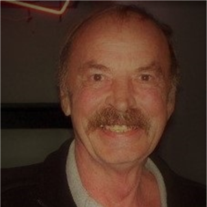 William Arthur Baker, born January 10th, 1947, passed away on Saturday, August 5th, at 10:00 AM after battling with a difficult illness. Bill is survived by his sister Barbara Collins of Saint Paul, Minnesota, his daughter Gabrielle Forbes (Nicholas) of Wesley Chapel, Florida, his sons William Baker Jr., of Broken Arrow, Oklahoma, Benjamin J. Baker, of Wilmington, NC, and Sean Baker, of Jacksonville, Arkansas, and his grandchildren Max Baker, and Logan and Abel Forbes. He is also survived by his former wives, Pamela Joan Baker, of Wesley Chapel, Florida, and Sharon Means of Tulsa, Oklahoma, as well as his nephews William Collins, Jr., Joseph Collins, and numerous cousins. He passed without pain, in peace, and among those who loved him.

Bill was an avid bowler, a fan of any and all racing, he loved to listen to live music, and especially he loved his grand children and family.

Bill dedicated much of his life to public service. Drafted soon after high school, he served with honor in the United States Army until 1984. After, he decided to continue working for the Department of Defense in a civilian capacity at Fort Drum, in Northern New York. He officially retired from Fort Drum in 1999.

Having resided in many places around the world during his service, he eventually settled in Edwards, New York. Living there for 32 years, he spent his final years in Wilmington, North Carolina, moving to the area in 2010 with son Benjamin.

While his illness struck quickly, he lived a full life, and was truly at peace in the end. He will be missed terribly by those who knew him, loved him, and lived with him, and his abundant spirit lives on in his children and grand-children.

A memorial service will be held for Bill at 11:00 AM on August 18th, 2017, at the Wilmington National Cemetery on Market Street. A private family gathering will follow.