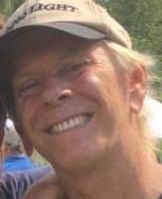 He leaves behind two daughters, Anne-Marie Conner (Paul) and Elizabeth “Bif” Wandmacher(Joel), two granddaughters, Ainsley and Ashton Conner and one great-granddaughter, Rose (Ashton). He is also survived by his brothers and sisters Kathy (Horton), Keith, Karen (Reardon), Kevin and Karl. As well as many nieces, nephews, grandnieces and grandnephews. And many, many friends he met and loved along the way.

Ken was born in Killeen, Texas into an Air Force family to parents Herold and Teresa Brosman. As with most military families, Ken’s family moved throughout his childhood, spending time in Texas, Kansas, Alaska, New Mexico and Louisiana before settling in Springfield, MA. where he met the love of his life, Kathy.

Ken and Kathy were married in Springfield, MA in 1973 and later moved their family to Jacksonville, NC. From there, they migrated to Richlands, NC where they built their family home over 32 years ago. Ken owned and operated Brosman Heating and was known far and wide as the “Fuel Oil Specialist” where he also specialized in tobacco barn repair for farmers in the surrounding counties.

The only thing that Ken loved more than life was his family. In his free time he enjoyed singing Karaoke, disc golf, running, and all things science. He never met a stranger and anyone who considered him a friend had a friend for life.

Ken has left this earthly plain to embark on his wildest adventure yet. Having left his earthly vessel, his life force has now entered that final frontier, to explore new worlds, to boldly go where so many have gone before

The Broz will be making a brief stop in Heaven to meet up with the love of his life, Kathy. Our Music Man will once again hold close his Tiny Dancer. While there, I’m sure Ken and Kathy will stop in to visit with his parents, Herold and Teresa, where he’ll have the chance to finally meet his! baby brother, Kalin. And you can bet a fiddle of gold that if Heaven has a Karaoke Bar, then Jesus better watch out, because Ken is definitely going to “Pour on Some Sugar”.

Never one to be tied down, Ken will once again whisk Kathy away, their spirits will be off to venture across the cosmos hand in hand, where Ken can! finally meet his full potential. The man, who in life could never sit still and always dreamed about the stars, will finally be able to dance across the heavens while singing ever so slightly out of tune to his very own personal angel.

Wherever the stars lead them, we know that they will always be there together watching over their girls Anne-Marie and Bif as well as their granddaughters, Ashton and Ainsley and most definitely their great granddaughter Rose. We’re also sure that Broz will not miss a single opportunity to play some sort of otherworldly cosmic prank on Paul and Joel along the way.

It was Ken’s predisposition in life to be surrounded by women, so fate saw to that with his wife, two daughters, two granddaughters and a great granddaughter. Ken literally had the power to shape the world around him. Just ask him and he would gladly tell you so. He really did make the world a better place. There was a truth about Ken Brosman, that if you knew him, you know, that no matter how mad you were with him or how frustrated he could make you (oh so very frustrated), he could turn around in one second and make you laugh. That was his gift, and we are so glad that we were allowed to share in that.

Ken will be missed but he will not be forgotten. It is now up to us his family to pick up where he left off. Looking out for and taking care of one another. But we’re not afraid of that task, we know we’ve got this because mom and dad helped give us the guidance we need to push ahead. So, wait for us amongst the stars Rocket Man and one day we will meet again.

We love you so very much.

Sleep tight, don’t let the bed bugs bite. Catch ya on the flip!

A Celebration of Ken’s Life to be held at 6:00 p.m. on Friday, August 19th, at the Richlands Community Building located at 105 W. Franck St. Richlands, NC.